Two hundred years ago the great writer and social reformer, Charles Dickens, was born and through his work many far reaching improvements were made.

But today, says the Green Party, even though the London slums, poor houses and debtors prisons have gone social injustice is still rife across the land.

The Green Party quotes a local historian, David Pickering as saying “During the bi-centenary of his birth it is sad to reflect that many of the social ills Dickens vehemently opposed still need addressing today.”

Although the physical debtors’ prisons are no more there still exists a fear of bad credit, a psychological prison. Many people are forced through circumstance (the feckless as the uninformed would call them) to borrow money just to survive. OK some may be feckless, but definitely not all. Many go without food to keep the children fed relying on fast depleting mainstream credit so finding themselves pushed further and further into the arms of the unscrupulous loan sharks.

As the Green Party says, “The Dickensian world may have been one in which capitalism was still stumbling to find its feet but with over two hundred years experience; the capitalist system is still struggling to find its centre.”

With unemployment rising, wages frozen or cut, inflation creeping ever up and benefits on the governments chopping board there is a severe risk of an ever widening gap between the rich and poor. “It is time we realised the old systems are not working and a return to a Dickensian life-style of haves and have-nots is not inevitable.” Says the Green Party.

They also point to the ‘shocking’ level of child poverty in the UK where one child in three, that’s four million of them, lives in poverty.

The Green Party is calling on the party leaders who mouth the ‘responsible capitalism’/’fairer capitalism’/’moral capitalism’ platitudes to actually do something to address the growing social inequality we see.

The Green Party doesn’t just ask other parties to ‘do something’ it also has its own ideas. It wants to see an expansion of the cooperative system with initial funding provided by a fund operated via local authorities.

They also want to see legal pathways introduced to allow companies to become mutual organisations such as consumer or producer cooperatives. 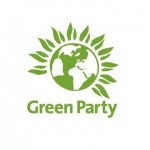 That way for example when a business owner passes away or sells the business it could be converted. Or maybe sports clubs become mutually owned by season ticket holders and supporters.

They would also like to see community banks formed to enable local concerns to gain easy access to funding at good interest rates.

These sorts of initiatives, say the Greens, will prevent ‘irresponsible’ capitalism from flourishing.

To many old hacks and the world weary that always vote for the same tired old parties the Green Party may seem to be just a pleasant idealistic bunch that have some interesting, fresh but maybe naive ideas.

But aren't they the roots of all successful political parties?

Too little too late for Labour

Could UK be at risk of cyber-warfare if Russia is pushed too far?