I am writing to you with regard to the worsening refugee crisis in Europe, and in particular your statement that you do not believe taking a few thousand refugees would solve the crisis.

This is now the worst humanitarian crisis to reach European shores since the Second World War. And its impact is being felt right across our country, from transport delays to small businesses being affected, not to mention widespread public concern about the crisis. You will, like me, have been appalled by the deeply distressing pictures of children drowned, and heard the stories of people suffocated to death in smugglers’ lorries.

We are all proud of Britain’s historical role of offering a sanctuary to those fleeing conflict and persecution. We are an outward-facing, generous-hearted nation, not one that turns inward and shirks its responsibilities. I know you will not want to be the Prime Minister of a Government that fails to offer sanctuary while our neighbours are stepping up to respond.

I disagree with the conclusion you appear to have drawn, that there is somehow a choice to be made between building stability in the region through greater humanitarian support, and playing our part in helping desperate refugees who have fled the horror in Syria. There isn’t. I strongly support the Government’s continued aid for the refugee camps in the region and agree with you that we need much tougher action against people trafficking, but it is clear now that we also have a moral duty to act to take in more of these people and help them to rebuild their lives. 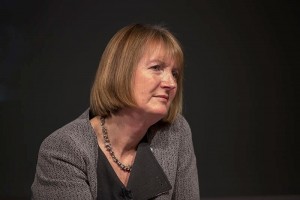 As you know, Labour has been calling on the government to do more to help Syrian refugees for over 18 months, having first raised the issue in December 2013 and we also included a commitment to support Syrian refugees in our manifesto. It is now time for you to end the inertia and delay, and show some moral leadership and take proper action to alleviate this crisis.

Following the intervention of the Shadow Home Secretary, many local councils are looking now at what they could do to help. So too are community organisations. There is now a growing consensus that immigration and asylum should be separated and that whatever their views on immigration, they want Britain to do our bit to help refugees.

I am therefore asking you to do four things as a matter of urgency:

To convene an urgent meeting of EU leaders next week to agree a process for resolving the immediate refugee crisis on Europe’s borders
To convene an urgent meeting of COBRA so that a cross-government plan can be agreed and implemented. This is now a problem that spans beyond the Home Office, affecting transport, small business, tourism and our local communities. We urgently need ministers to come together and agree a plan

To bring together a summit of local authority leaders to agree what more can be done locally to support refugees and asylum seekers  – as you know many councils are keen to do more, but lack an agreed framework for doing so.

I urge you to act swiftly and decisively. If you do so, please be assured that Labour stands ready to support you in any way we can. I look forward to your urgent response and, given the importance of this issue, I am releasing this letter to the media.

Consumers And Businesses One Step Closer To New Bill Of Rights

Donate as you spend