After the shootings in Tucson Arizona, when six people were killed and which also left 13 other injured including the congresswoman Gabrielle Gifford who was it seems the target of the attack, one would think that there would be strident calls across the USA for tighter gun control.

However, this actually seems to have led to a nationwide legislative push for looser controls.

The Guardian reports that it has been estimated by the Legal Community Against Violence that 273 of the 470 gun bills being considered across the USA will make it easier to own and carry firearms. In Arizona itself most of the 16 bills it has pending would favour the gun owner.

But while this goes on, the President Barack Obama, wants tighter gun control laws centred around making it harder to buy them in the first pace using speedier and more stringent background checks. "None of us should be willing to remain passive in the face of violence or resigned to watching helplessly as another rampage unfolds on television" he said. 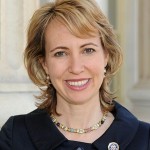 The politicians of California now say that their working lives have become so dangerous that they should be allowed to carry concealed firearms in their offices. So a bill has been put forward by politicians from both main parties that would put them in a class of workers that includes bail bond agents and jewellery shop owners so giving them "good cause" to carry a gun.

Even with horrifying statistics in the US that show that 100,000 people are killed or injured every year due to firearms violence and that 2,000 have been killed since the Tucson incident, the love affair many US citizens have with the gun remains undiminished. For them it is just part of their lifestyle. And hopefully a lifestyle choice that will not cross the Atlantic any time soon.

Lazing on a sunny, Sunday afternoon in Abergavenny

The Secret Behind Your Secret Santa Gift