For an economy that relies on consumer spending to fuel the vast majority of its economic growth, ongoing weak retail sector sales and increased jobless claims cannot be part of the equation. But they are. And have been.

In January, U.S. retail sector sales fell by 0.4%—the most since June 2012. Economists had predicted that January’s retail sector sales would be unchanged in January after falling by a revised 0.1% in December. (Source: “Advance Monthly Sales for Retail and Food Services January 2014,” U.S. Census Bureau, web site, February 13, 2014.)

Fortunately, there is a silver lining to all of this. They suggest we’ll start to see an acceleration in hiring and retail sector sales in the spring and summer seasons—meaning they have written off the entire first quarter of the year, a quarter most economists initially predicted would be bullish. Myself and the financial editors here at Daily Gains Letter, on the other hand, have been warning readers for months about the weak data underlying the U.S. economy and our bearish predictions are coming to fruition. 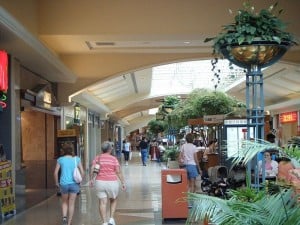 Against this backdrop, it’s tough to see how the U.S. economy will experience any significant growth over the next few months. In fact, investors should consider the recent dip in retail sector sales, rise in jobless claims, and continued weakness in consumer spending when formulating their investment strategy for 2014.

While it might not be a bad idea to avoid any number of retail sector stocks, there are some companies that will do well over the long run—whether the U.S. economy is doing well or not.

Those with a long-term investing horizon who like the retail sector might want to track the encouraging developments at both NCR Corporation (NYSE/NCR) and Diebold, Incorporated (NYSE/DBD)—two companies that manufacture ATM machines.

Bitcoin may be the digital currency of the day and credit cards will always be in fashion, but when it comes to long-term solvency, more and more people and businesses are relying on old-fashioned cash. In fact, in emerging markets, cash is used for 80%–90% of transactions.

Even though Americans love their plastic—cash isn’t going to disappear. Since the recession, more and more Americans have been getting a handle on paying down their debt and using cash. This past holiday season, 61% of Americans used cash, check, or debit card for their purchases—just 29% said they used their credit cards. (Source: “Americans Celebrating with Cash, Not Credit, This Holiday Season,” PRNewswire web site, November 19, 2014.) Clearly, holding cash won’t help grow your portfolio, but considering investing in companies whose profits grow through cash transactions could.

Millions Of Brits Are Overspending By £150 Per Month