Sterling is beginning to pull back after a strong run, and the combination of the technicals and yield differentials are pointing to a lower exchange rate.  Despite the hawkish tone from central bank members recent data has disappointed which has curtailed the run up in UK yields.

As currency exchange rates for sterling continued to move higher, pushing through resistance levels against the greenback, the 2-year yield differential between UK and US yields had stopped moving higher, and found resistance near 40 basis points.  The yield differential makes up the points used in the forward curve and generally move in tandem with the currency pair.  The divergence between the currency pair and the yield differential should give investors pause, as Cable bulls take stock in the recent advance.  Today’s decision to keep interest rates unchanged did little to help Sterling. 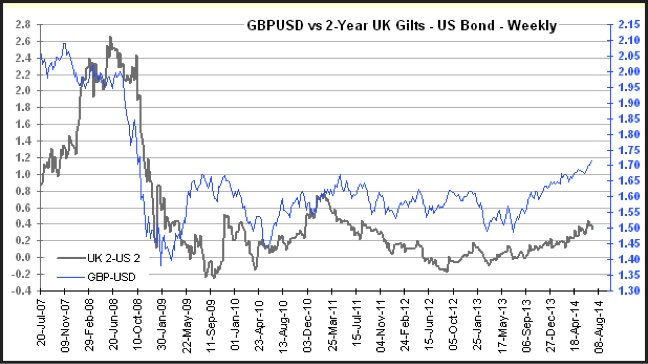 Recent economic data has run in contrast to the hawkish stance from the Bank of England. U.K. June house prices declined 6% month over month according to the Halifax House, while quarterly to June housing prices were up 2.3% and up by 8.8% year over year. A drop mortgage approvals in recent months has reduced activity significantly. The Bank of England has stated that they saw the housing market as the greatest risk to the economy and maybe jawboning is helping the Banks cause. The central bank recently reported that it would place a cap on loan to income ratios, which would further hinder mortgage lending. 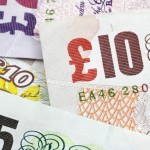 Manufacturing production was also subdued coming in at -1.3% months over month and +3.7% year over year. The unexpected decline follows the strongest rise in production in four years. The slowing in May was broad based, despite a surge in fuel prices. 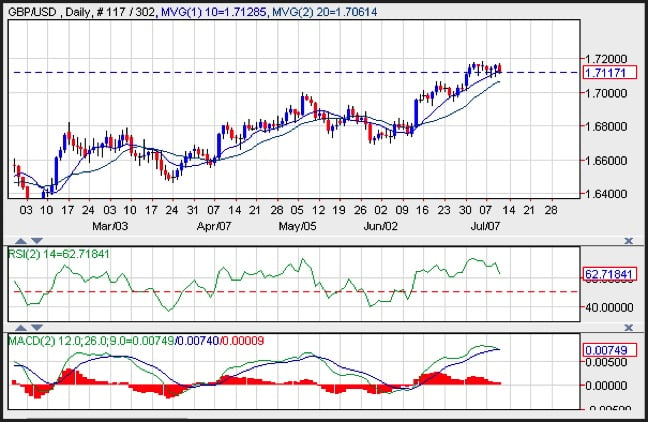 The technical picture for sterling is dicey, and signals are mixed. While a bull flag is forming, and support is seen near the 10-day moving average near 1.7115, momentum is turning negative.

Thinking of Investing in Emerging Markets? Here’s What You Need to Know