The Welfare Reform Bill has been defeated three times in the House of Lords, largely because the Government wanted to change the name of the ‘Disability Living Allowance’ to the ‘Personal independence Payment’ and actually find out if those claiming it genuinely needed it – zero logic in that, but then this is politicians we’re talking about.

Welfare reform seems to be a taboo in the UK, it has been tried many times and often failed to gain any traction; it’s far too easy for the Government of the day to just invent a new scheme to buy some votes (a good example being the Winter Fuel Payment). Tony Blair to his credit tried to implement similar reforms to Iain Duncan Smith’s current plan; he often spoke of the success welfare reform was having in the US under Clinton, who managed to halve the number of those receiving benefits and created over 11million new jobs – Â an achievement that we would do well to imitate today. The Clinton reforms were mainly concerned with increasing the incentive to go and find work, which meant modest cuts to welfare payments, and thus proved that work was indeed the most effective to way to reduce poverty.

When Blair put his welfare reform proposals to the public, a small group of disabled protestors handcuffed themselves to the gates of Downing Street in protest. Blair caved in and ditched the reforms altogether and consequently embarked on one of the largest spending binges since World War 2. This massive expansion of all-or-nothing welfare, combined with mass immigration to provide cheap labour resulted in millions becoming trapped on welfare payments and entering the poverty trap. Ironic then considering that the left often cites eliminating poverty as its main goal.

What IDS is currently proposing is not dissimilar to what others have tried, the main aspect being to improve the incentive to work and cut costs without affecting the actual amount the recipients receive. Two parts that reflect this are, firstly: “a stronger approach to reducing fraud and error with tougher penalties for the most serious offences.” We have heard time and time again that this will pay for it all. It simply doesn’t happen because of the very nature of our welfare system – it’s plainly just too big and complex. Secondly, “the introduction of Universal Credit to provide a single streamlined benefit that will ensure work always pays.” This is clearly designed to try and cut bureaucracy and streamline payments. Whether that would be the case or not is in my opinion irrelevant, it is essentially the same old system only repackaged differently. Apart from those two items, the Welfare Reform Bill really only changes a few names, shifts some power to local authorities and will continue to cost the taxpayer ever more as usual.

Excessive redistribution of wealth in the UK and beyond is destroying the incentive to create and have wealth. As a result, the middle classes, the backbone of investment and wealth creation, have less and less wealth left to invest in the economy and the chance to take a slice of the capital pie is being greatly diminished too, leaving most ordinary families struggling to buy even necessity goods. For the past 100 years, the idea of individual responsibility has shifted in favour of government responsibility – a worrying prospect not just economically, but for our personal liberties.

This shift is due in part to the development of myths regarding a prior time. “A myth is like an air mattress, there’s nothing in it, but it’s wonderfully comfortable and deflation causes an uncomfortable jolt” – a fitting analogy of the Governments cowardice towards welfare reform. The myth that excessive wealth redistribution would work came about due to the idea that somehow the private market has failed to provide certain services and the state has to step in to provide particular important services.

The reality is very different. I would argue there was no underlying demand for such measures, every Government programme adopted in the direction of extending its scope; required lobbyists, special interest groups and politicians to sell them. Just as a company sells its products, politicians sold welfare. It was originally sold to the public as an insurance scheme, National Insurance being the clearest example of this is deceptively labelled so as to sell it to the public. It raises Â£110 Billion a year, about the same as the current social security budget.

What then is the alternative? It is clear that we can’t simply eradicate all welfare and we have to alleviate poverty whilst also ensuring there is an incentive to work; the complete opposite of what we have today. The programme must help people as people, not as a member of a particular occupational group, labour organization, age, industrial etc. This is a defect of general government subsidies, old-age benefits, minimum-wage laws, tariffs etc. The programme must also operate through the market whilst not distorting or disrupting its function as much as possible. In my opinion, the best system for this is the Negative Income Tax (NIT). 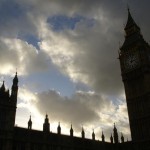 It’s one of the simplest systems that combines welfare and tax into one programme, providing everyone with a minimum level of income whilst also maintaining an incentive to earn more. There are a couple of variations, but this one is the most simplistic: each person over 18 receives a sum that is above the poverty line to provide a minimum level of income and enough to pay for all their basic living costs. Anything they earn is then taxed at a flat rate to provide simplicity and reduce the administrative burden to a minimum.

The advantages to this are clear; it tackles poverty head-on and solves it. It gives help to the individual in the form most useful – cash. It is designed to completely replace the host of special measures and welfare we have in effect today and makes explicit the cost to society. It satisfies the left because it solves poverty and provides a minimum income for all and the flat tax and incentive to earn more should please the right. Of course, it is unlikely we will see any major change like this, but we must not let our policy makers chicken out of welfare reform time and time again.