Sheridan Admans, investment research manager at The Share Centre, analyses the performance of the markets in the first half of 2017 and outlines what investors should be aware of for the remainder of the year:

Markets continued to exhibit eerie complacency in the first half of 2017 driven by continued liquidity provided by central banks, as the VIX registered lows, elections in Europe did not destabilise the status quo, nor did the start of Brexit negotiations or the current Qatar crisis and the rising tension over North Korea’s missile programme.

The Trump reflation trade had the wind taken out of its sails very early into the New Year, as investors grew weary over his schedule to implement changes after a number of setbacks to the rhetoric that saw him elected. Equity valuations in the US continue to look elevated with better options for investors elsewhere. The US Federal Reserve (FED) continued on the path of raising rates as Draghi noted the Euro area still needs European Central Bank (ECB) monetary support, whilst the Bank of Japan (BoJ) chief ruled out pulling the plug on its huge monetary easing experiment. 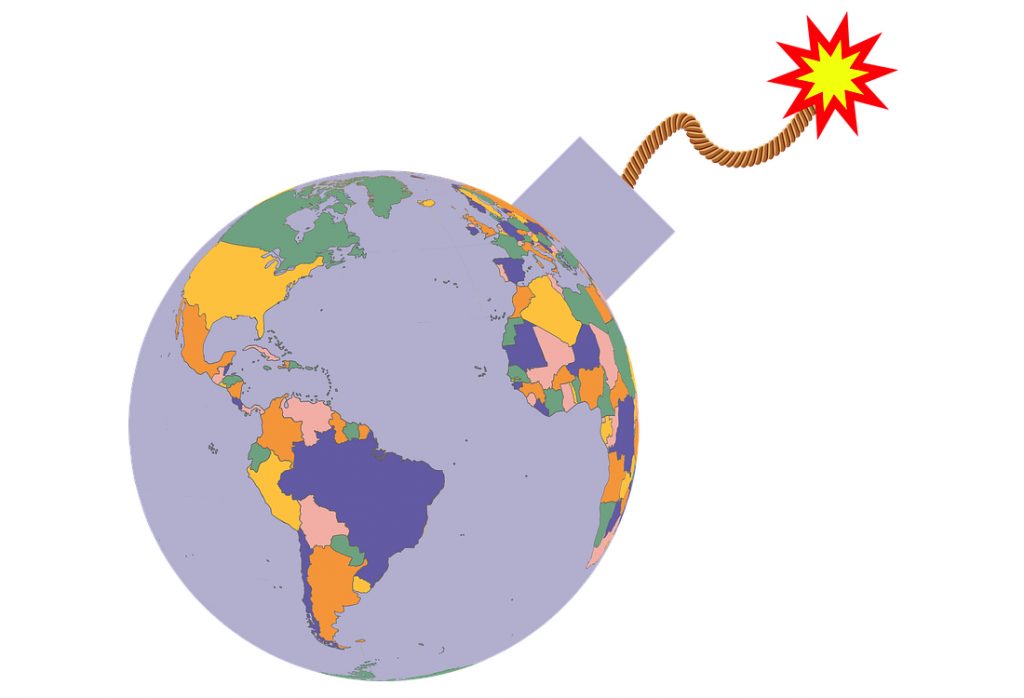 Donald Trump dominated market sentiment in January, as controversy around his executive orders took the shine off, with the S&P 500 index only managing a 0.05% rise during the first month of the year. Emerging market indices continued to surprise after the FED rate rise in December seeing the MSCI Emerging Market index rise 3.59%.

From a sector perspective healthcare put in an excellent performance, returning 8%, impressive considering the market was wary of Trump’s policy around Obamacare and pharmaceutical pricing. Gold and Japan also fared well, indeed interestingly gold rose 9.47% in dollar terms over the month of February. Bearing in mind by this point the bull market is almost eight years in the running, it was impressive to see the S&P 500 return 4.1%.

The Trump trade had the wind taken out of its sails in March, as a number of actions cast doubt over the size and delivery of fiscal stimulus measures ahead. The Bank of Japan kept policy on hold, despite the US FED raising rates. Another fascinating turn of events was in regards to the election outcome in India where it was more pro-Modi than many were expecting, potentially increasing the chances of his government taking a second term comfortably. Closer to home, Theresa May triggered Article 50 launching the UK into a two year negotiating period on its exit terms which, given it was priced in, did not spook the markets.

April was packed with a number of unanticipated events that affected markets from the US strike on Syria to President Trump ordering part of his naval feet to sit offshore in the Sea of Japan within striking distance of North Korea. All the while, Marine Le Pen, the far right candidate, and Macron, the centralist candidate went through in the first round of French elections and Theresa May called a general election UK. Indeed, at face value the markets appeared to react badly to the news of the latter with the FTSE 100 falling by over 2% within the first 24 hours of the election being called. In reality however, the markets saw the positives for the UK economy and sterling strengthened considerably – the fall in the FTSE 100 reflecting a stronger pound as much as market weakness.

Volatility remained at long-term lows as we reached the middle of Q2, the VIX index only registered a slight uptick when news broke that Brazil’s President Michel Temer is at the centre of a new corruption scandal. Notably, Trump’s ongoing saga over collusion with Russia during the election, terrorist attacks and European elections did not register.

As we reached June, oversupply in the oil market saw OPEC struggle to buoy prices due to a rise in producing shale rigs in the US threatening cuts elsewhere. Consumer credit continued to demonstrate it was on the rise as levels reached an 11 year high in the UK and the US in Q1, while consumer saving rates are falling, particularly in the UK where they now stand at near all-time lows. This coupled with the flattening of the yield curve at the long-end in the US, despite rates being raised at the short-end, suggests growth expectations could be slowing.

Outlook for second half of 2017

Looking ahead, elections in Germany and Italy have the potential to keep risks elevated in Europe. While in the US Trump’s policies remain a concern with delays to key ones such as repealing Obamacare and pushing through tax reforms coupled with underwhelming economic data could be the dampener a peaking US stock market needs. In addition investors are tussling with uncertainty around fiscal expansion coupled with ever more creative monetary policy that poses challenges in a low growth environment where inflation is expected to peak late in the year.

At a more grass roots level, if consumers don’t ratchet up spending at the tills, the current rise in inflation could be short lived, as OPEC’s weaker than hoped for agreement to cut supply continues to be challenged by a relentless rise in US drilling. Moreover, while commodities should do well in an inflationary environment, the market seems of the view inflation will slow towards the back-end on 2017 after peaking in late summer.

Given the impacts on consumer spending power, a lower or falling oil price might only do enough to boost the savings ratio and improve the paying down of personal credit obligations. Employers may also be tempted to continue to predict falling inflation which might impact wage growth further. All of this combined may impact growth prospects.

Political headlines from Europe over Brexit will remain at the fore over the next six months, as will rhetoric over elections in key economies potentially upsetting the status quo. Further afield, markets will be closely following Trump pushing through tax reforms in the second half of 2017 which will result in the US President getting closer to repealing Obamacare.

With volatility so low and with little ahead to shake it up, heading into the summer could see markets become range bound. “Sell in May and go away’ the saying goes. Time will tell but if the first half and this May, was anything to go by investors might do well to sit tight this summer!

More increases in insurer profits – why are premiums at all time high?