What 2014 Has in Store for Crude Oil Prices

Since September 2013, crude oil prices have come down. This has left many investors question where they are headed next. In September of last year, crude oil prices reached as high as $110.00, and now they trade almost 15% lower, around the $94.00 level. Look at the chart below to get the precise picture.

When it comes to commodity prices, whether it’s wheat, copper, coffee, or crude oil, supply and demand affect them significantly. Recently, there have been some changes in the global arena that suggest crude oil production will increase.

First off all, thanks to fracking, there’s an oil production boom in the U.S. economy. Due to this, there have been reports suggesting that the U.S. will become energy independent when it comes to its oil needs, even becoming an exporter a few years down the road.

Then, Iran, once a major oil-producing nation, came under heavy sanctions due to its nuclear program. Recently, the country came to an interim deal with the West and, as a result, the restrictions it has faced may be removed and there may be more crude oil on the markets. Before the sanctions, Iranian exports of crude oil amounted to 2.5 million barrels per day. They now stand at one million barrels a day. (Source: Saefong, M.P. and Lesova, P., “Nymex oil cuts loss; Brent nearly recovers,” Market Watch, The Wall Street Journal, November 25, 2013.)

On top of this, Libya, another major oil-producing nation, has faced significant production problems in the recent past due to instability in the country. Libya is hoping to start crude oil production at one of its biggest producing facilities. Libya’s oil production fell to 250,000 barrels a day from 1.6 million barrels a day in 2011. (Source: Said, S., “Libya Hopes to Restart Oil Production at Major Field,” The Wall Street Journal, January 2, 2014.) 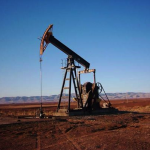 Last, but not least: Iraq, the second largest producer in the Organization of the Petroleum Exporting Countries (OPEC), is continuing with its plans to increase its production with the increase in demand from buyers in Asia. The Iraqi government expects to increase its crude oil production to nine million barrels per day and increase its export capacity to 7.5 million barrels a day by 2020. (Source: Al-Ansary, K. and Ajrash, K., “Iraq to Boost Oil Output This Year as Asian Demand Strengthens,” Bloomberg News, October 23, 2013.)

According to the International Energy Agency, 89 million barrels of oil and liquid fuels were used worldwide daily in 2011. (Source: International Energy Agency web site, “About Us; FAQs; Oil, http://www.iea.org/aboutus/faqs/oil/, last accessed January 8, 2014.) If this number remains the same, and we see the supply increase as mentioned above, then the eventual result will be a decline in crude oil prices.

Investors who believe this phenomenon—i.e. lower crude oil prices—will come into play can profit from an exchange-traded fund like ProShares UltraShort DJ-UBS Crude Oil (NYSEArca/SCO). If an investor does intend to employ this strategy, they have to keep in mind that things can turn very quickly; crude oil prices may spike higher if there are some supply shocks.

This article What 2014 Has in Store for Crude Oil Prices by Mohammad Zulfiqar, BA was originally published at Daily Gains Letter.