What are the Costs of Personal Injury Claims in Light of New Legislation?

A new costs protection regime has been introduced for personal injury claims (including clinical negligence). The new legislation is designed to provide protection to claimants by way of limiting the costs they might have to pay to the other side. This regime is called 'qualified one way costs shifting' (QOCS). Under this new regime, the losing defendant remains liable for the claimant's costs in the usual way. 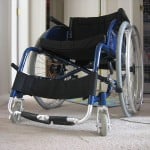 However, this new legislation for a costs protection regime may see claimants suffer, as it becomes more difficult to make a claim, as personal injury firms come under threat. This is because before this new legislation, injury lawyers generally received many of their clients from third parties who referred claimant’s details on to the firm. The firm would then have to pay a referral fee, approximately Â£700 per case.

Now that these referral fees have been banned, it will be up to the regulators (the Solicitors Regulation Authority, the Bar Standards Board, the Claims Management Regulator and the Financial Conduct Authority) to enforce the ban. The idea behind such a reform is that it helps to tackle the perception of a compensation culture, as lawyers and claim management companies will no longer be able to pay for details of potential claimants.

These referral fees have been allowed since 2004, but banning them now means that injury lawyers must spend a lot of money marketing themselves heavily in order to attract clients. The reason this becomes an issue for claimants is that the money required for marketing is going to have to come from lawyer’s clients. Before the new legislation, it was expected that insurers would pay all the legal costs involved in a successful claim, but from now on it is far more likely that a percentage of the damages will be deducted to pay the claimant's own lawyers.

The new reforms still allow for a ‘no win, no fee’ agreement, but under new legislation, the success fee that lawyers can take is now capped and is payable by the claimant, not the insurer. The payment that lawyers will receive under new legislation cannot be more than 25 per cent of the damages, excluding damages for future care if that is applicable. However, this cap will not apply to appeal proceedings.

You also don’t have to worry if your case is concerned with clinical negligence, as expert reports may be acquired through ATE, the premiums for which are payable by the defendant. This means that claimants do not have to pay for the costs of reports relating to causation and liability.

If you think you have a claim, but you’re worried about costs due to the new legislation, visit injurylawyers4u.co.uk for open and honest information and advice to put you at ease.

CHART OF THE WEEK: Contributions to UK Trade Balance

Â£850 billion – the cost of the banking bail out

Retirement rethink for many over 45s