What can SMEs expect from the Queen's Speech?

With the Queen's Speech due to take place tomorrow, 27th May, what can SMEs realistically expect from the newly elected Conservative party? Election campaign speeches and party manifestos make a lot of promises, but when given the power to implement policy many plans get sidelined or scrapped due to time or budgetary constraints.

Prior to the election, the Conservative manifesto was criticised for only mentioning SMEs four times in its 84 pages however, this was supplemented by promises of a comprehensive review of business rates and northern regional development in the form of the 'Northern Powerhouse'.

The new business secretary Sajid Javid will now be under immense pressure to deliver for SMEs, as they are an important economic driver that cannot afford to be ignored. According to the Federation of Small Businesses, small firms now account for 99.3% of all private sector businesses turning over £3,500 billion and employing an estimated 25.2 million people. Ongoing support for SMEs is necessary if economic growth is to continue and will be vital is the Conservatives want to cement their leadership after the most contested General Election in living memory.

The speech is expected to highlight three key policies which will aid SMEs over the next half a decade. 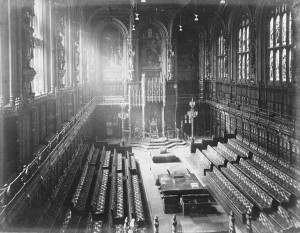 First announced in February this year, on 16th March we saw Chief Secretary to the Treasury Danny Alexander, launch a national review into business rates. The review was set up to examine how businesses use property in the UK and aims to modernise the current system. Results of the review are expected to inspire a £1 billion package which will reduce the costs of business rates by 2016, and the full scale of change is expected to be announced in next year's Budget. Alongside this, the Conservative majority will ensure that changes that were implemented in April will continue to stand including an increase to the business rates discount for smaller retail premises, the doubling of small business rate relief for a further 10 months, capping the rise in the business rates multiplier at 2% and extending the transitional rate relief to support a further 16,000 small businesses facing significant bill increases.

The promise to cut red tape resulting in savings of up to £10bn is likely to go ahead with Sajid Javid making sure it is part of the new Enterprise Bill which will be announced by the Queen on 27th May. The de-regulation centres on the issue of late payments, which continues to be of major concern to many SMEs. Plans for a new government-funded body to provide more support to SMEs helping them recoup more than £30 billion owed to them in late bill payments, is a policy well worth fighting for. Many small businesses are reluctant to take legal action, fearing that they will lose future business but the Enterprise Bill is hoping to introduce independent regulators to the mix which will hopefully give SMEs more confidence in tackling this issue.

With the success of the Northern Powerhouse already seeing the creation of around 110,000 new jobs in Greater Manchester, it is expected that the Queen's Speech will now promise the creation of a further 2 million jobs nationally. By demonstrating growth in this way it is hoped that the UK will be seen as the best place in Europe to start a new business, but with the EU referendum also expected to be confirmed by Her Majesty, UK businesses may need more than the promise of job creation to placate fears of a global market share loss.

Tomorrow will dictate the future of small businesses in the UK for the next five years and it remains to be seen whether it will be a future of promise or a future of uncertainty.

Phil is the CEO of Love Energy Savings, a business energy price comparison website which has been saving businesses money on their energy bills since 2009