With the S&P 500 hovering around its all-time highs, I think it's quite interesting to read some of the latest corporate earnings reports and get a sense of what's really happening in the global economy.

One of the most international companies within the S&P 500 is Caterpillar Inc. (NYSE/CAT). The firm recently released its third-quarter 2013 corporate earnings report, in which the firm poured some cold water on expectations. Revenue during the quarter was down 18% year-over-year, and corporate earnings were down 44% year-over-year. (Source: Caterpillar Inc., October 23, 2013.)

That's not even the worst part. The company also brought down guidance for both revenue and corporate earnings for the foreseeable future.

In its corporate earnings release, Caterpillar cites several issues that it's worried about, including uncertainty regarding U.S. fiscal and monetary policy, the health of economic regions globally (including the eurozone and China), and a lack of demand from customers.

Because revenue and corporate earnings growth is questionable, the company is taking the only smart action it can—reducing its own cost base. Obviously, no company can force a customer to buy their product, but it can keep its operations as lean as possible. To that end, the firm has cut 13,000 jobs globally over the past year, reduced pay and incentives, and initiated the "implementation of general austerity measures across the company."

Considering Caterpillar is a large firm within the S&P 500 and it has its fingers on the pulse of the global economy, do any of these comments give you hope or confidence that either the domestic or international economies are about to surge upward in growth? Not to me, it doesn't.

This is where I raise serious questions about the strength and health of the S&P 500. Caterpillar is one of the largest international companies, a component of the S&P 500, and would not be issuing such a weak forward guidance regarding potential for corporate earnings growth unless management was truly concerned about the future.

From 2010 until mid-2012, Caterpillar continued to diverge from the S&P 500, primarily due to the strong corporate earnings gained from selling equipment to mining companies. Currently, the S&P 500 has continued moving higher, while Caterpillar has stalled.

Generally speaking, markets tend to overshoot, moving from oversold into overbought territory. After reading the outlook for corporate earnings and revenue given by company management, it's hard to logically believe that Caterpillar's stock price will accelerate.

If that's the case, is it more likely that the S&P 500 will decline in order to revert to the mean? In my opinion, if a company that has extensive operations around the world is telling me that it's extremely cautious about the outlook, I find it hard to recommend investors put new money into the S&P 500 at such lofty levels. 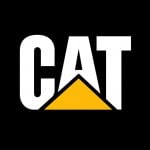 In fact, I think many of these concerns are legitimate, and you will see more companies having difficulty increasing revenue and corporate earnings going forward. While the market is being fueled by cheap money from central banks, at some point, corporate earnings will matter.

Similar to a balloon, it takes quite a bit of work to keep pumping up the numbers, but it deflates very quickly.

To help protect your portfolio, advanced investors might consider using options, such as buying puts, which move up in value when the market or stock declines. Another possibility is buying an inverse exchange-traded fund (ETF) like the ProShares UltraShort S&P500 (NYSEArca/SDS). A note on some of these inverse ETFs: they are great for the short-term, but not well suited to long-term holdings, as they can erode in value and not mimic the exact inverse relationship between the underlying asset and the ETF price.

This article What Caterpillar's Big Drop in Earnings Means for the General Stock Market by Sasha Cekerevac, BA was originally published at Investment Contrarians

There's Something Worse than Having a "Losing Position"