What difference does a downgrade make?

For much of last week, things seemed to be going relatively smoothly in the European economy, at least in terms of the debt crisis. Markets and investors seemed to be giving politicians a little more benefit of the doubt than they had previously, with spreads on Spanish and Italian debt narrowing a little. Cautious optimism seemed to be edging back into the market.

That appeared to change, however, with the leaked news that France had been downgraded by S&P, one of the three big rating agencies. Ahead of formal announcements, the agencies tend to give governments a bit of notice and time to prepare. Unfortunately, those governments are not always very good at keeping secrets, and so it was on Friday afternoon when a French official told a media agency of the impending downgrade. The rumour spread through financial markets like wildfire, and soon a peaceful end to the week had been written off by the media frenzy if nothing else.

While France hit the headlines, in fact S&P downgraded a whole raft of European nations, including Italy, Spain and Austria as well. And because these European countries, along with Germany and their peers, stand behind the European Financial Stability Facility (EFSF), S&P have subsequently downgraded that as well, from AAA to AA+. S&P think that there just aren't enough AAA-rated countries left standing behind the EFSF for it to deserve the highest rating.

This has led to much commentary and speculation that the EFSF no longer has sufficient firepower to make much difference to financial markets, and that the euro project as a whole is now unredeemable. But, aside from all the media hype, does that actually stack up with the facts?

At close of business (cob) on Thursday 12 January, French 10Y bonds were trading at a yield of 3.04%. In early morning trading today (Tuesday 17 January) they were trading just under 3%. The same is true for Italy and Spain – both yields and spreads over bunds on 10Y debt are lower this morning than they were on Thursday. In other words, the rating action has had little impact on market prices, and hence France's ability to fund itself (or anyone else).

This should not be particularly surprising. One common claim about rating agencies is that they can move too slowly to change ratings, and hence that – by the time they eventually do – the impact is already priced in to the market. That appears to have been the case this time around. Even if the move had been unexpected, past IMF estimates put the impact of a move from AAA to AA+ at around 0.2 percentage points on long-term yields, which is hardly a big move given what we've seen over the past two years. But if the downgrade was widely expected, and the impact was small, that begs the question as to why the media is reacting so strongly. As ever, the answer is probably a mix of misunderstanding (or even ignorance) and the desire to get a story published.

This line of thought suggests that ratings have limited value. Certainly, the agencies rarely (if ever) have extra information that the market does not, and presumably the proprietary models they construct could be replicated elsewhere. But what they should have is a consistency of approach across a wide range of rated entities. Most of us have some idea that the French economy is struggling, as is the UK – and, with a bit of exploration and a smattering of economics, we could probably point out some key differences between the two. But could we do the same for Turkey, or Kraft Foods, or even McDonalds? In a global financial market, particularly when a lot of saving is coming from Asia, investors may be less au fait with European economic developments than those of us living through them. A consistent and unbiased rating agency can add value to these investors – even though it may have to spend quite a bit of time explaining things carefully to journalists as well. 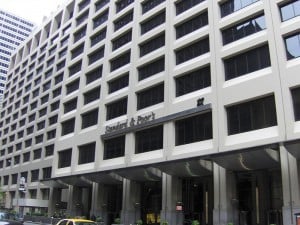 The Haiti tragedy makes you weep