What does the Bank of England’s ‘Super Thursday’ mean for investors?

• For the first time ever, the bank reports its interest rate decision, minutes and inflation report on the same day

• Only Ian McCafferty voted for an interest rate rise

As the Bank of England reports today Helal Miah, investment research analyst at The Share Centre, explains what the decisions means for investors.

“Dubbed as ‘Super Thursday’, the Bank of England has today made its interest rate decision as well as releasing the minutes on the same day, for the first time ever. As expected, there was no change in interest rates, but we expected two of the nine members to vote for an interest rate rise. However, interestingly only Ian McCafferty did so. Nevertheless, the voting members were still in agreement on keeping the asset purchase facility at £375bn.This is good news for the market and investors, and has given an indication that the eventual timing of the interest rise could be a little more delayed. Investors should be aware that the stock market has reacted positively on this news but sterling is selling off. 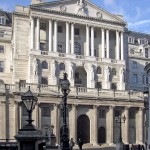 “Looking at the inflation report, the signal is that interest rates will rise to 0.75% in Q2 of 2016, hit 1% by the end of 2016 and reach 1.5% by 2017. The delay seems to be reflecting lower forecast inflation as a result of the energy prices renewed falls over the last quarter. However, once the effects of the energy price falls have worked through the system, inflation is expected to reach the target level of 2% by late 2017. Investors should note that wage growth is expected to continue to rise while there is little change in the GDP forecast over the next two years.

“Overall, our view is that today’s releases show that the Monetary Policy Committee has not changed its view of economic recovery substantially, and with lower inflation expectations in the short to medium term, they will not be in any rush to raise interest rates. This re-emphasises our view that equities still remain the asset class of choice for investors as income is superior, and the fundamentals are still in place for companies to grow their earnings steadily over time.”

So everyone was misled over the Euro

Angela Merkel may triumph but what will her government look like?