What does the Greek Prime Minister's resignation mean for investors?

As news breaks that Alexis Tsipras is standing down as Greek Prime Minister, Ian Forrest, investment research analyst at The Share Centre, explains what it could mean for investors.

"After only being elected in January of this year, Greek Prime Minister Alexi Tsipras resigned yesterday.

The drastic move, regarded by Tsipras as a moral obligation, comes only a week after the Greek parliament approved the third EU bailout package for the country, averting the risk of the country going bankrupt, the collapse of the Greek banking system and an exit from the euro. 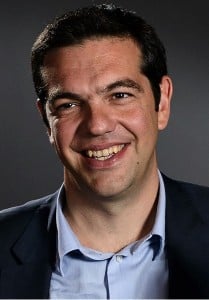 "Today's news has contributed to the volatility in the market caused mainly by events in China. It is not entirely unexpected since there was clearly a large rebellion in Tsipras' party last week. This was against the recent €86bn bailout deal agreed by their leader with the European Central Bank and the EU.

"With reports today of the formation of a new party comprised of rebel Syriza MPs, the outcome of the election is highly uncertain. Although Tsipras remains popular, there is a possibility that the emerging government may be more left-wing and opposed to the reforms and austerity measures agreed in the bailout deal. Investors should note that this is likely to weaken the Euro and lead to further market volatility until the outcome, and the implications for Greece's economy are known."

Occupy Wall Street: The World Economic Crisis and its Solutions