What I Learned at the World's Biggest Mining & Exploration Convention

Saying the very least, it was an interesting experience.

From time to time, I go to conventions like the one I went to a couple days ago. I go to gauge the sentiment of those who are very close to the industry, to see where gold bullion prices might go next.

This week, at the convention, I found that gold exploration and production firms, analysts, and even those who sell mining equipment are skeptical about where gold bullion prices are heading next.

Over the day at the convention, I spoke to many different companies that produce or explore gold bullion. The majority of them said something along the lines of, "The markets are tough these days," or "Funding is difficult to get… We are cutting our exploration budget and not going ahead with further expansion." 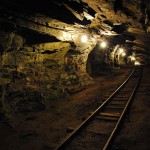 Analysts who look at companies involved in the gold bullion sectors weren't very optimistic, either. Remember when gold bullion prices were reaching their highs? At that time, you would hear calls for the precious metal prices to go higher than $3,000 or even $5,000 an ounce.

This isn't the case anymore. The negativity is intense. Analysts said something along the lines of, "At the very core, exploration companies and producers won't increase in value unless gold bullion prices increase…and they can remain at these levels for some time." The damage that was done in the gold bullion market last year is going to take a few years to heal.

Among companies that provide equipment to the gold bullion mining companies—be it for exploring, development, or production—their opinion was the very same. Their take is that lower prices are driving their sales lower because exploration or exploration plans are being cut.

What it really boils down to at the end of the day is that all of these things I have mentioned above are nothing but bullish for gold bullion prices ahead. There's a saying associated with this kind of environment: buy when there's blood on the street. What I hear from the companies and individuals involved in the gold bullion sector resonates with this saying.

Take a look at the chart below, paying close attention to the circled area.

With gold bullion prices gaining momentum, investors will profit the most by buying companies that are looking for or are producing the precious metal. They may buy these companies through exchange-traded funds (ETFs), like the Market Vectors Gold Miners ETF (NYSEArca/GDX), or they may look at companies like B2Gold Corp. (NYSE/BTG), which recently came under selling pressures due to gold prices sliding lower. Not a lot has changed for the company.

This article What I Learned at the World's Biggest Mining & Exploration Convention by Mohammad Zulfiqar, BA was originally published at Daily Gains Letter.