With the crucial Paris Climate Summit due to begin on 30th November, Chief Market Strategist Colin Cieszynski analyses the three big factors impacting the agenda in Paris this year, and the potential impact of the conference on the markets.

Within this report Colin discusses:

Every year about this time, climate change dominates the headlines with the big annual UN Climate Change Conference and summit meeting. Most years this ends up being nothing more than an excuse for government officials to spew even more carbon into the atmosphere travelling by private jet to some exotic locale at the public’s expense in the name of a big photo op and the chance to pretend to be doing something useful.

This year, however, it appears that some progress may actually be made for a change. The recent terrorist attacks in Paris could cast a shadow over the summit this year making it less of a social gathering and likely more focused on getting work done. Recent events could help to galvanize leaders to get to work this time and do something. The question though is whether discussions will be more about developing a common response to a long term issue or if discussions could be overtaken by more immediately pressing issues like the Syrian civil war, refugee crisis and the response to terrorism.

There also are a number of reasons to think that this year’s meeting could see more progress on the climate front too. US President Obama appears to be bent on trying to salvage his Presidency with progress on climate no matter the cost.

Meanwhile, attending for the first time as leader, is Canada’s new Prime Minster Justin Trudeau, also looking to make a big splash and distance himself from the oil friendly policies of his predecessor Steven Harper.

This confluence of goals suggests that North America could be ready to take on a leading role in pushing a global climate deal through. Since the Kyoto Accord essentially unravelled, attempts have been taken at a successor deal both nothing has been accomplished that carries any heft or any teeth.

That could potentially change this year, although it remains to be seen if leaders are serious about achieving carbon reduction or want to put on another show for the cameras.

Overall, it doesn’t appear that market expectations are very high for this year’s conference except perhaps for some support for solar energy and electric cars. Any breakthrough could have a significant impact on stocks, but traders don’t appear to be holding their breath.

The shockwaves emanating from Volkwagen’s cheating on emissions standards continue to roll through the automotive industry and could have a big impact on the air quality debate in addition to climate change.  The impact in Volkswagens stock can clearly be seen by its tumble from the being one of the best performers in the sector to one of the worst.

One would think that heading into the summit there could be another push toward electric cars, but Tesla Motors shares have been falling steadily since July so the markets don’t appear to be factoring in any new initiatives but interestingly GM producer of the Chevy Volt hybrid, has been on the rebound lately. 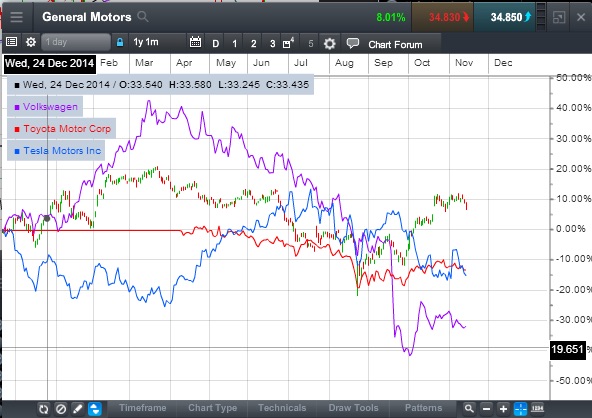 Power generation is a big sector that often finds itself in the crosshairs of green initiatives. A renewed push toward green energy could lead to initiative favouring solar, wind and nuclear power over oil and coal. The Saudis market share war, however already has oil and coal flat on their backs, so it’s hard to see how much more damage a climate treaty could to do coal producers down over 90% in the last year. Oil and nuclear producers continue to drift lower.

Solar companies could attract some attention as the sector has been bouncing back lately after First Solar and Canadian Solar reported strong results and guidance recently. 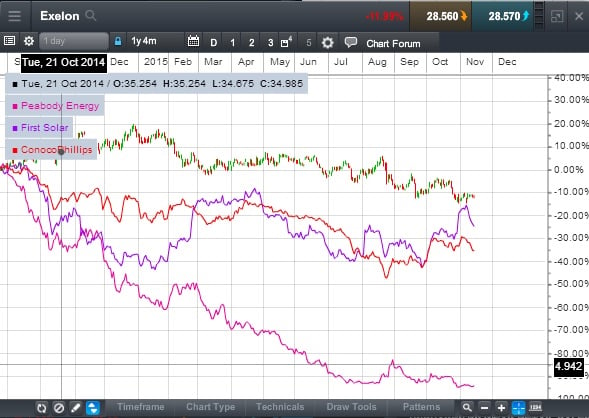 One would have expected that after wearing a bit target on their back for so long that TransCanada would have been pounded on the Keystone XL rejection. It’s been clear for so long that President Obama didn’t want to approve the project and rejection has clearly already been priced in, as the shares haven’t fallen any further.

Interestingly US pipeline company Kinder Morgan has actually been performing even worse. Enbridge, which has held up the best of the three could be vulnerable it its own pipeline expansion proposal runs into roadblocks. 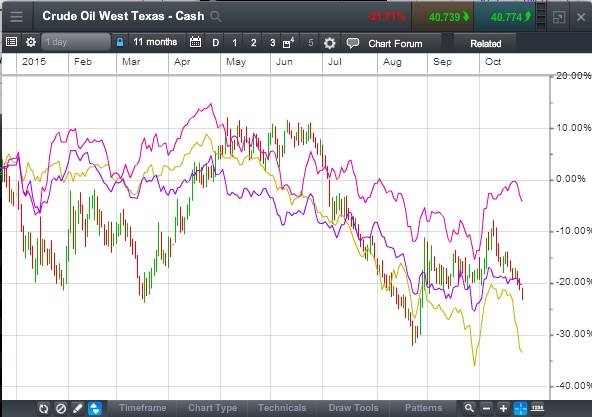