What impact will Virtual and Augmented Reality have on the Out-of-home advertising industry?

According to a report by PWC “87.5% of the revenue growth in the US OOH (Out-of-home) market over the five years to 2020 will come from digital. Traditional formats will have only a 0.9% Compound Annual Growth Rate”.

Which is one reason why Google, Microsoft, Facebook and a number of smaller start-ups are investing heavily in what they see as the next big evolution in display technology: Virtual Reality (VR) and Augmented Reality (AR).

A wide range of VR headsets are already available from the cheap Google Cardboard (£15), over 5 million of which have been shipped since launch in June 2014, through to the high-end Oculus Rift (acquired by Facebook for $2 billion in 2014). In parallel, Microsoft and a number of start-ups are hoping that Augmented Reality will be the dominant medium, with AR headsets and headset-free technology in development. 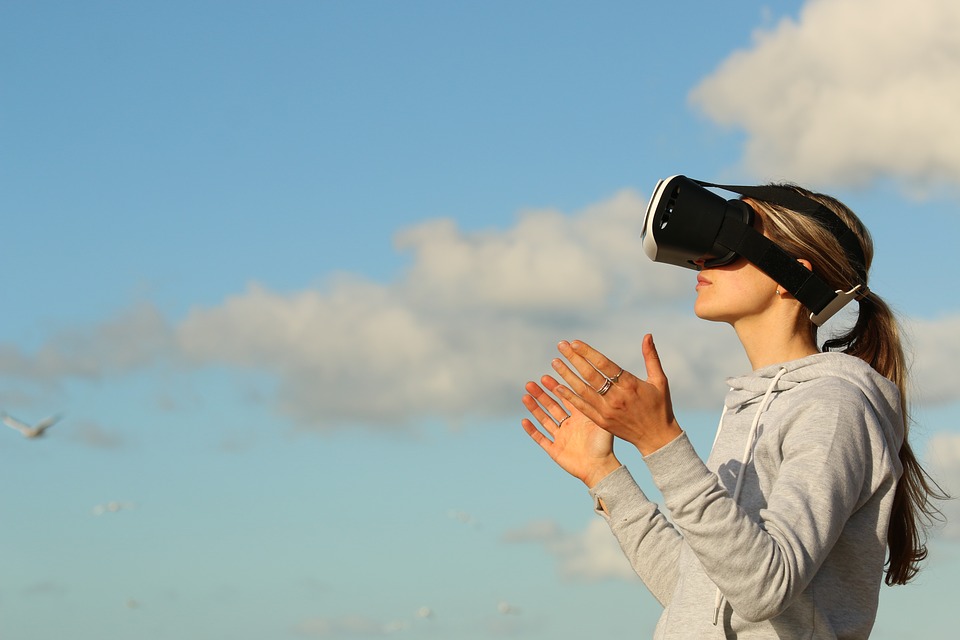 As Virtual and Augmented Reality enters the mainstream and VR/AR hardware becomes more affordable, what impact will this have on the OOH industry? Will we see the rise of a Virtual-out-of-home advertising sector (VOOH), in the same way that LED displays created a Digital-out-of-home (DOOH) sector?

At LightVert, we coined the term Virtual-out-of-home advertising because we believe VR & AR out-of-home advertising technologies will have a big impact – radically transforming the way we experience outdoor ads. As we walk around our cities, we will see and interact with holographic adverts mixed into the real world. This may sound like science fiction again but companies are already working on technology that could deliver that vision.

For a large scale example of what a VOOH sector could achieve, look no further than the Pokemon GO app launched in July 2016. This Augmented Reality powered gaming app quickly became a worldwide phenomenon. At its peak, download sales were generating $10 million a day and in major cities the site of people wandering the streets using their smartphone to hunt for virtual Pokemon characters became common place. This was undoubtedly a short-term craze and interest in the app has since died down but it’s incredible commercial success demonstrated the potential of Augmented Reality as a new out-of-home interactive digital medium.

Pokemon Go demonstrates how brands can use AR smartphone apps to interact with their customers but seeing the world through a phone screen has its limitations; particularly when it comes to the visual impact, accessibility and immediateness of digital billboards. That’s where VR and AR headsets and their ability to completely transform the way we see the world, may turn out to be a more effective platform to deliver virtual-out-of-home advertising content.

Juniper Research predict there will be more than 12m VR headset sales by the end of this year. By 2020, the VR industry will have shipped 30m headsets globally. But, there is a catch with existing consumer VR hardware when it comes to using it as a VOOH advertising platform.

Existing fully fledged VR headsets from the likes of Oculus Rift must be tethered to a PC or games console and are designed for indoor use only. However, according to Engadget, Google is rumoured to be developing a stand-alone "wireless Virtual Reality" headset that will integrate eye tracking, sensors and algorithms to augment the reality in front of the headset, displaying digital objects within a view of the real world.

Microsoft has just launched its HoloLens headset – but as a business tool with a price to match (starting at $3,000). The AR headset is a little too bulky to be worn outside day-to-day and Microsoft are not positioning their hardware as an entertainment/ advertising platform but you can see, given time, the technology may shrink down to a pair of oversized sunglasses that could work as a virtual-out-of-home advertising platform.

However, we believe the future is ‘no headsets at all’. With our crowd funding round currently underway on CrowdCube, we will be  launching our ECHO technology this year; a headset-free Augmented Reality virtual-out-of-home advertising platform that can project holographic digital images into real world environments, and crucially for the VOOH market, the company can do this on an impressive Times Square billboard scale, with images up to 200 metres tall.

Only time will tell whether a Virtual-out-of-home market takes off, but the indications are that large and small companies alike are working furiously on VR and AR media platforms. These could radically transform the out-of-home advertising industry in the not too distant future, the same way that LED displays are doing now. Virtual adverts, be it through smartphones, headsets or headset-free technology may well be coming to a street near you and the formation of a VOOH market is starting to look likely.