One of the hardest lessons to learn is to buy assets when others are selling them. As an investment strategy, if there is value in something, at some point, the market will rebound, provided that there are fundamental reasons for this to occur.

One company that I’ve liked for many years is The Blackstone Group L.P. (NYSE/BX). This firm is filled with smart people who are willing to buy an asset when others are negative, looking at the investment strategy from a long-term point of view.

Blackstone has become the largest single-family housing rental company in the U.S. When the housing market collapsed, they saw an investment opportunity, as many homes were selling below the cost of building them. Plus, the yield they were able to obtain in the housing market was far higher than many other investments at that time.

The company bought more than 40,000 homes in the U.S., spending $7.5 billion. Obviously, Blackstone made a huge return in the U.S. housing market. But now Blackstone’s turning its sights overseas.

The U.S. wasn’t the only nation to be hit with a housing market meltdown. Spain’s housing market has seen a 40% drop in prices, and Blackstone now believes this, too, is a great long-term investment opportunity.

Blackstone recently paid $173 million for 18 apartment buildings in Madrid, and the company is looking to continue adding to this investment strategy at a steady rate, possibly by as much as $150 million per week. (Source: “Blackstone Begins an Empire in Spain,” Businessweek, November 7, 2013.)

It’s not just Blackstone that sees an investment opportunity in the overseas housing market, though; The Goldman Sachs Group, Inc. (NYSE/GS) is also competing in that market. When you consider that two of the best financial firms in the world are looking at the same investment strategy, you can be fairly certain that the housing market in Spain offers value. 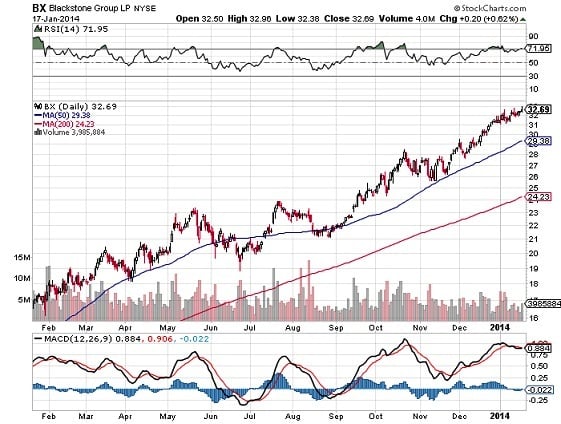 But Blackstone is more than just an investment opportunity in the housing market; the company has many other investments in a variety of sectors, including security. 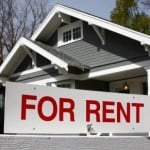 With the recent data theft of clients’ information from Target Corporation’s (NYSE/TGT) files, an increase in demand for security options is certain. Blackstone identified this as not only a solid investment opportunity, but as a potential threat. Blackstone invested in and partnered with cybersecurity firm iSight Partners, Inc. last year. iSight is working with the U.S. Department of Homeland Security to determine the cause and the culprit behind the breach of Target’s data. iSight also now protects all of the companies that are in Blackstone’s portfolio.

The point is that a company like Blackstone is able to find and partner with companies when there is a significant investment opportunity available—the company’s participation in the Spanish housing market segment is just one example of how this company is always ahead of the curve.

Having said that, over the past year, the stock has shown a strong performance, up almost 82%. While I think the company is fantastic, I would wait for a pullback to accumulate shares.

This is the type of company that will do much of the work for you, as it analyzes one investment opportunity after another, looking for the best possibility to create shareholder wealth globally.

This article What Investors Can Learn from the Company That’s Always Ahead of the Curve by Sasha Cekerevac, BA was originally published at Daily Gains Letter.

At a time of uncertainty, frontier markets still set to reward investors