What is responsible for the hike in clinical negligence claims?

It seems that the NHS is facing something of a medical negligence crisis at the moment. In February this year, the Francis Report published details of the failings of NHS managers at Mid Staffordshire Hospital, which led to between 400 and 1,200 deaths over five years.

According to the Medical Protection Society, legal claims against GPs have risen by 40% in 2012 alone, which is a staggering leap. They also stated that GPs are ‘more likely to be sued than ever before’. Clinical negligence solicitors appear to be having a field day with these statistics. This article attempts to get to the bottom of what is causing the spike in claims being made.

The Medical Defence Union is claiming that the availability of ‘no win, no fee’ solicitors has led to a rise in legal cases against doctors and healthcare officials, which has increased by 52%. 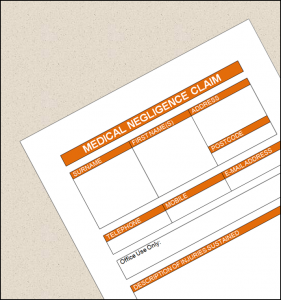 ‘No win, no fee’ refers to a policy that medical negligence solicitors offer in the UK. Unless your case is successful, you will not have to pay out legal costs for the solicitor representing you.

This policy was introduced in response to Legal Aid not being available to certain patients who sought to right the wrongs done to them. This has proved to be highly popular and doctors are blaming these solicitors for the sharp rise in cases.

What else is causing the rise in cases?

Commentators are suggesting that patients are now becoming more litigious because of the options available to them with these kinds of solicitors. However, there are other factors involved in the rise in the number of cases, too.

One possible factor is that, due to the considerable strain on NHS resources, patient safety is being compromised. However, the head of claims for the MDU, Jill Harding, commented that this wasn’t the case.

She said, “The increase in claim numbers is not, we believe, driven by deteriorating standards of care, or a change in the underlying type of incidents that are giving rise to claims.”

In addition to the rise in the number of claims being made, the compensation value for most cases has skyrocketed. Given that the NHS’ expenditure on medical negligence cases rose by 45.9% from 2011 to 2012 to over Â£1 billion, there needs to be some kind of official response made.

As a result of these rises, the government has proposed changes to be implemented in April this year to lower the costs associated with such cases.