What Makes This Beaten-Down Stock So Attractive

Chipotle Mexican Grill, Inc. (NYSE/CMG) showed why it's the hottest restaurant stock out there at this time. The stock has been a favorite of mine since declining to the mid-$200.00 level in October 2013. On Tuesday, the stock surged to above $650.00. Now that's growth and an excellent investment opportunity.

The company easily destroyed estimates in both revenue and earnings. Chipotle beat the consensus earnings per share (EPS) estimate by a whopping $0.41 per diluted share and surpassed the $1.0-billion quarterly revenue mark for the first time. Easily beating expectations, the key comparable restaurant sales metric rose a staggering 17.3%, which is incredible. The maker of burritos, tacos, and wraps has attracted a loyal following for good healthy food from consumers who may have gone to McDonalds Corporation (NYSE/MCD) or Taco Bell in the past. 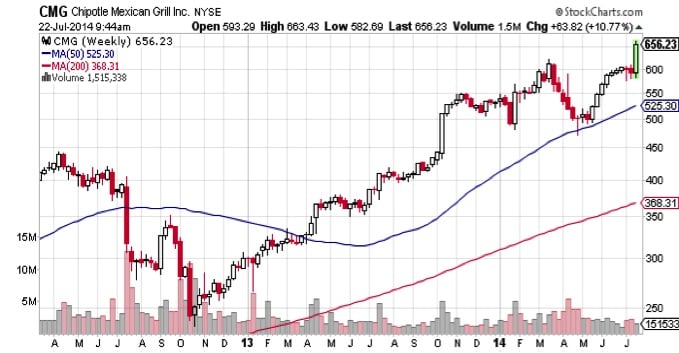 While Chipotle continues to be my top restaurant play, the acceleration in its share price has made it somewhat top-heavy, so it's more of an investment opportunity on price weakness.

A key driver for the restaurant sector is the growing jobs numbers. The more confident people are about their jobs, the more willing they are to go out for meals and spend. 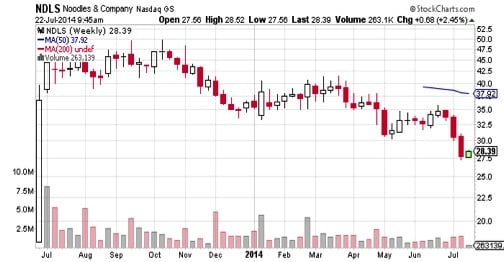 Noodles & Company has been around since 1995 and has grown its network to 394 locations system-wide across 30 states as of April 1, 2014. The company added 14 new outlets in the first quarter of 2014 and it is on target to deliver 42 to 50 new company-owned locations and 10 to 15 franchised restaurants this year. 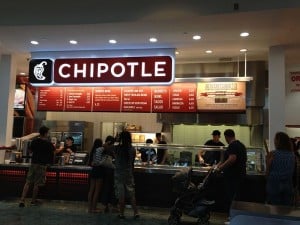 The growth in units has helped to drive revenues, but the company needs to work on its organic growth. This has been a struggle that will need to be corrected before investors jump back in, but at the current price, I see an investment opportunity.

A look at the financials show that the company's revenue growth is estimated to expand 16.4% to $408.35 million this year and another 16.8% to $476.94 million in 2015, according to Thomson Financial. These are decent metrics, similar to those of Chipotle Mexican Grill.

Earnings for Noodles & Company have risen in two straight years and the growth is estimated to continue for the next two years, which makes for a good investment opportunity.

So while Noodles & Company currently has some issues, I like the business and restaurant theme, and I firmly believe a company like this can return above-average price appreciation potential and is an investment opportunity.

Watch the short selling in the company, which sits at about 3.45 million shorted shares as of May 30, 2014, representing 26.5% of the float. I'd suggest investors also look for a potential rally in the stock on upward moves.

This article Why This Old Tech Stock Is Relevant Again was originally published at Daily Gains Letter.