Brits retiring abroad in 2015 could be at risk of making poor financial decisions that impact negatively on their life in the sun, according to new research that shows a lack of understanding about pension options in the UK.

“New rules kick in in April, giving retirees more freedom over how they use a private pension pot,” said Angelos Koutsoudes, Head of OverseasGuidesCompany.com.

“But it’s concerning that a survey by a leading think tank revealed that four in ten people less than a year from retirement still haven’t made plans for their pension income. Also worrying was that only half of people aged over 55 and with a private pension understood what an annuity is ‘quite or very well’, despite nearly 70 per cent saying the most important thing was that their pension delivered a secure guaranteed income. 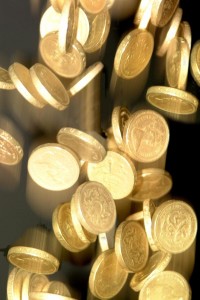 “Careful financial planning is especially critical for people moving abroad on a UK income, who need to keep to a weekly or monthly budget. Once overseas, as well as there being less flexibility to rejig your financial affairs, you’ll also need to consider the implications of the exchange rate on your sterling income. That’s why, for many, an annuity, or fixed regular income that is protected against inflation, will make the most sense. There is a danger that the greater flexibility that comes with the pension changes means some retirees won’t fully comprehend all their options, so getting independent financial advice well in advance of leaving the country is highly recommended.

“Meanwhile, expats who already receive a UK-based annuity or state pension will be celebrating the euro’s weakening against sterling, and be hoping for it to continue. As of mid-January 2015, their income in euros is around eight per cent higher compared to a year ago, thanks to nothing more than the exchange rate.”

Number of IR35 investigations by HMRC quadruples in the last year