On the surface, the data suggest there’s economic growth in the U.S. economy. We hear that the unemployment rate is declining. Incomes in the U.S. economy are increasing. Consumers are buying more and more goods—as a result, we are going to see higher U.S. gross domestic product (GDP). Growth is intact…right?

Sadly, when I examine the details, I really question if this is all a mirage. Is there really economic growth in the U.S. economy?

There are troubling developments in the U.S. economy that can derail all the talks of economic growth. Unfortunately, they are not very often mentioned in the mainstream media.

First of all, I see a disparity happening between the rich and those who are not so fortunate in the U.S. economy. This is something to be mindful of, because it can have massive side effects. An example of this I witnessed was in the 2013 auto sales for the U.S. economy. The sales of automakers that make affordable and family-oriented cars like General Motors Company (NYSE/GM), and Ford Motor Company (NYSE/F) witnessed subdued growth. On the other hand, luxury car makers saw massive increases. For example, sales of the “Maserati” increased by 74.7%. On the other end of the spectrum, sales of cars and light vehicles at General Motors only increased by 7.3%. (Source: Motor Intelligence, “U.S. Market Light Vehicle Deliveries – December 2013,” motorintelligence.com, January 3, 2014.)

Then, I’ve seen that an unbelievable number of Americans are still using food stamps. Over years, this number has increased—something which shouldn’t be the case during a period of economic growth. As of September 2013, there were 47.3 million Americans using food stamps. (Source: United States Department of Agriculture, “Supplemental Nutrition Assistance Program,” December 6, 2013, http://www.fns.usda.gov/pd/34SNAPmonthly.htm.) This represents more than 15% of the U.S. population! Think of it this way: 15% of the U.S. population needs assistance in order to fill their most basic need—food. 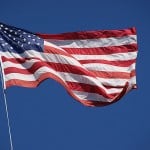 Average Joe American is suffering, all while we hear chants of economic growth. He’s not buying as much as it appears, becoming very cost-savvy. According to ShopperTrak, a company that provides shopper insight, estimates for retail sales during the holiday shopping season of 2013 increased by only 2.7% from the previous year. The company also mentioned that the retailers were “pressured” to offer deep discounts and promotions to lure customers through their doors. (Source: ShopperTrak press release, “Retailers See Fourth Consecutive Annual Sales Increase During 2013 Holiday Season, According to ShopperTrak,” January 8, 2014.)

These factors shouldn’t be taken lightly, because they tell us that the average consumer—the middle class person who’s always been behind growth in the U.S. economy in the past—is now facing headwinds.

If this continues, those who are selling to average consumers will see their profitability decline, because they will have to bring their prices down to lure these consumers into the store. One way investors may be able to profit from this situation is by shorting exchange-traded funds like the SPDR S&P Retail ETF (NYSEArca/XRT).

This article What Really Bothers Me About the So-Called U.S. Economic Growth was originally published at Daily Gains Letter.

The coalition wields the axe