What Skills Shortages Does the UK Have?

Since those immortal words from Tone Blair: “education, education, education!” and all the degrees that now get conferred and apprenticeships on offer you would have thought that the UK would be awash with highly skilled people champing at the bit to do the work wouldn’t you?

But all we hear is that UK workers are too lazy to do the jobs that immigrants will do and also that we have skills gaps in this country. If it’s not a skills gap in house building it’s in big data or in engineering.

So you have to ask what happens to all those motivated and highly qualified people during the very short period between leaving our wonderful education system in which they worked so hard and getting to the jobs market. Do they suddenly become lazy and feckless or forget everything they learned? Or is it that the UK education system is not fit for purpose? Is business expecting too much of them? Or what?

The latest UK Commission for Employment and Skills (UKCES) survey finds that some 22 percent of the 655,000 vacancies in the UK went unfilled due to skills shortages. The report said that “There appears to have been an increased difficulty finding appropriate oral and written communication, literacy and numeracy skills…”.

So it’s not really a lack of rocket science ability that’s the problem, it’s all about the ‘Three Rs’.

"It's great that more businesses want to recruit. But with jobseekers outnumbering vacancies by four to one, it's hugely frustrating that across the UK a large number of jobs go unfilled because of local skills shortages.

"It's also concerning that so few employers are recruiting directly from our schools, colleges and universities, especially as those that do are very positive about taking young people on. 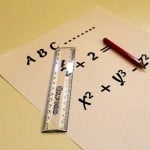 "Employers, unions and government must each play their part in tackling the UK's damaging skills shortages. Businesses must increase their training budgets, government must expand and improve the quality of apprenticeships, and union learning reps must continue to remind staff that it's never too late to learn new skills."

So, what are we saying? We have huge numbers of people to choose from and not enough jobs for them but we still can’t use the law of supply and demand to fill the jobs vacancies because so many people are not up to scratch. Now remind me, how much does a degree cost the taxpayer these days? Remember students only have to pay the money back into the system when they start earning enough to be able to do so. Is the taxpayer getting value for money here?

But then again why bother? We can get as many qualified and motivated people people as we want by bleeding other countries in the EU dry of their best people via the open door immigration system. Much cheaper for the UK all round – especially if we can screw right down on the benefits system so we don’t have to give anything to the people we have failed here.

The truth about ‘vulture capitalism’