I have been in this business a long time, and I believe that the best tactic is to combine as many positive factors as possible in order to have the highest probability of success.

There are essentially three main methods to look at; this includes fundamental analysis, technical analysis, and quantitative models. You don’t need every single category of analysis to be completed; you just need enough evidence from all to indicate whether or not a stock or index will move up or down. Obviously, there is no 100% guarantee, only a level of probability.

Taking a look at the precious metals market, over the past couple of months, there has been an increasing number of signals leading me to conclude that there is a good probability that precious metals will move up in price in 2014.

The fundamental analysis of supply for these precious metals is quite interesting and sad, as protests and violence are escalating in South Africa. For those unaware, platinum and palladium are primarily extracted from South Africa and Russia. Any disruption in the supply from these regions will cause an adverse price reaction. 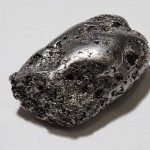 So far this year, there are more than 70,000 South African miners on strike who are looking for higher wages. There have been 10 deaths this year by protests demanding better living conditions. With the South African currency continuing to drop, inflation is rising, causing instability in their economy and the political system itself.

Looking at a situation from a fundamental analysis point of view, is it more or less likely that things will get resolved shortly? I think it’s very unlikely, as the political process anywhere takes quite a while. This will continue to create a bullish environment for precious metals, with the supply situation questionable and physical demand remaining strong.

That was a very brief overview of some of the types of things to consider when looking at fundamental analysis for precious metals.

Taking a look at the technical picture, the following chart for platinum shows that a reverse head-and-shoulders pattern is being formed. 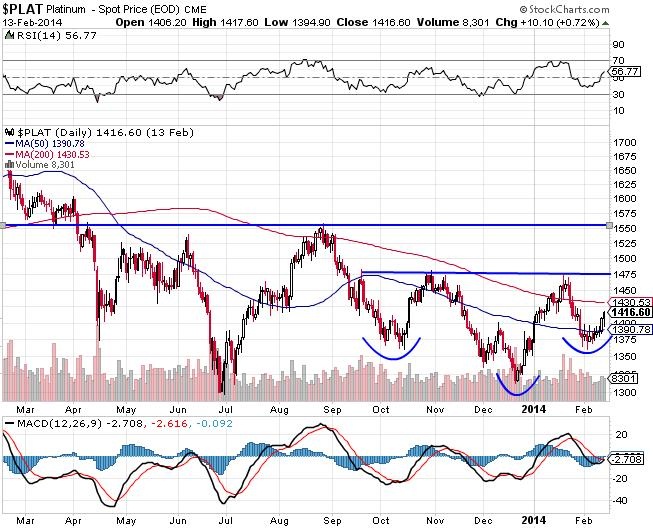 Many precious metals trade off of technical indicators as much as a fundamental analysis point of view. Several things are important to note in this chart, namely that the recent low was above the lows reached in December, and the important level to watch to see if platinum is to continue rising would be a break above 1,475.

A move above 1,475 would be significant in terms of relative resistance, and it would also lead to a sustained period of time above the 200-day moving average, which is also an indicator that many precious metals investors watch carefully. The next level of resistance would be just above approximately 1,550.

One factor I haven’t yet mentioned in the fundamental analysis of precious metals is a continued easy monetary stimulus being pumped by central banks around the world. While the Federal Reserve appears to be reducing its asset purchase program, the current monetary policy is still very easy. Not to mention that central banks in many parts of the world continue to pump money into the financial system.

All of these factors—combining the fundamental analysis along with the technical picture—point to a high probability that precious metals will have a strong year in 2014. Just remember: don’t simply take one factor into account when making an investment decision; instead, try looking for as many possible catalysts before allocating your hard-earned dollars.

This article What to Consider Before Investing in These Two Lesser-Known Precious Metals by Sasha Cekerevac, BA was originally published at Daily Gains Letter.

RADA and Elsewhere Reinvent the Bard for Business