What will happen to the GBP if the UK will leave the European Union?

The European Union has always been (and it will always be) a coalition of weak and strong nations.

However, Britain's decision to join the EEC in 1973 (the EEC evolved to become the EU) strengthened the economy of European nations. The UK and EU have built one of the deepest and closely interwoven, legal, economic, and political relationships in modern history. However, the continued existence of the EU as we know it is being threatened by the possibility that Britain will leave the EU. 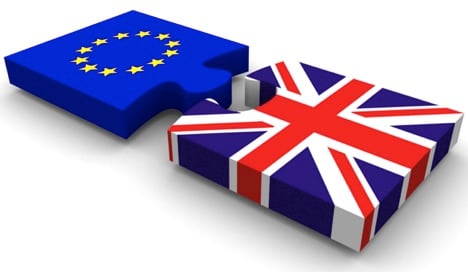 A fierce debate is raging on in Britain between proponents of Britain's EU membership and those who think that Britain is better off outside the EU. The debate on "Brexit" Britain's exit from the EU is one of the defining factors on economy within the EU and in Britain.The threat of a Brexit is also exerting pressure that extends beyond the economic outlook of both the EU and the UK.

To start with, the Great Britain Pound (GBP) has faced strong headwinds since talks of a potential Brexit resumed afresh in 2016. Britain is set to vote on whether to remain (Bremain) in the EU or exit (Brexit), the EU in June and stakeholders in the economic and financial landscapes are paying attention to how the vote is likely to swing. This piece seeks to explore some of the things that might happen to the GBP if the UK leaves the European Union.

Heightened fears of a Brexit triggered a selloff in GBP

The GBP has been facing serious headwinds since the talks of a Brexit resurfaced with renewed vigor this year. On February 20, Britain's Prime Minister, David Cameron revealed that the UK will vote in June 2016 on whether it should stay or leave the EU. Following the announcement of a definitive plan for the memorandum, analysts at Citi raised their prediction on a Brexit from 20-30% to 30-40% – investors rushed for the exits and the great Brexit selloff of 2016 was triggered. 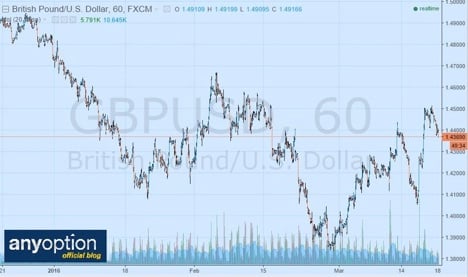 The worst part was that analysts chipped in that a Brexit will exert downward pressure on the GBP. For instance, John Higgins at Capital Economics opined that "Our forecast remains that sterling will fall further against the dollar this year, to $1.30 from around $1.41 now… If the recent experience of Scotland’s referendum on membership of the UK is any guide, the exchange rate could rebound if it becomes clear to investors that the UK electorate will vote to stay in the EU."

The GDP might face stronger headwinds after a Brexit

Latest reports indicate that the GBP will crash lower if Britain votes to leave the EU. Over the weekend, the director-general of the Confederation of British Industry (CBI) Carolyn Fairbairn in a lecture at London Business School revealed that a Brexit will put a huge strain on the UK's economy and that the economic fallout will weigh down the GBP.

In the words of the DG, "leaving the EU would cause a serious shock to the UK economy, with a potential cost to UK GDP of £100 billion and 950,000 jobs by 2020 and negative echoes that could last many years after that." The CBI also noted that a Brexit might force UK's GDP to fall by 5% by 2020 and that even the wildly optimistic scenario of a Free Trade Agreement with the EU will still lead to a 3% drop in the GDP.

The proponents of a Brexit will be quick to reveal that UK's membership in the EU is somewhat expensive – and they are right. Britain pays €340 a year per household or about €3350M per week to the EU. More so, EU membership hamstrings Britain into supporting an outdated and expensive inflow of immigrants from Europe at the expense of immigrants from non-EU countries. However, leaving the EU might cause huge economic shocks to reverberate through Britain's business and financial landscape.

Fairbairn notes that "the savings from reduced EU budget contributions and regulation are greatly outweighed by the negative impact on trade and investment. Even in the best case this would cause a serious shock to the UK economy.”

More so, the UK economic outlook is already overcast with the dark shadows of uncertainty on how the Brexit votes will swing. It is a well-known fact among seasoned traders and investors that the markets abhor uncertainty.  Hence, the GBP will be most likely be trapped in an uncertain rollercoaster ride with crashing tendency until the votes are cast.