What will it take to end Russia's currency crisis?

"Russia is in a full-blown currency crisis, and currency crises end when either the central bank overreacts with overwhelming policy steps to support the currency or the underlying source of stress ends.

Russia’s surprise 650 bps hike yesterday after a one-day, 10% rouble depreciation is positive, but it is not enough. Our strategy has been to be underweight the rouble for most of this year, and we will continue with that strategy until one of three things happen: the central bank overwhelmingly moves to support the currency, oil stabilises, or sanctions are lifted.

It is difficult to see the underlying source of stress ending. An end of the war in Ukraine and the lifting of sanctions would be unambiguously positive.  But a deal over Ukraine is unlikely to happen any time soon. The war in Ukraine is a unique feature of this crisis. Stabilisation of oil prices would also be unambiguously positive.  But this is difficult to predict and in any event there are better risk/reward ways of positioning for a rebound in oil.

Therefore, the market is left with central bank policy as the main driver to restore confidence in the currency. We believe the central bank has the tools to support the currency and maintain domestic depositor confidence, but it needs to demonstrate that it is willing to use them before confidence is restored. If it does, extremely negative sentiment and positioning would all be supportive of rouble stabilisation.

• Domestic capital controls—The market would benefit from the adoption of domestic capital controls, which, when combined with overwhelming rate hikes, can be very effective.  Policy measures could include: (i) the restoration of export surrender requirements, (ii) administrative limits on deposit withdrawals or FX purchases, or (iii) rouble tightening on banks such as required reserve requirements.  These could also be combined with emergency rouble liquidity lines to strategic companies to avert domestic defaults.

• FX intervention—This tool is off the table because a lack of market access and the decision to repay external debts mean the government wants to conserve official currency reserves.  We believe this is the correct policy.

• IMF program—This option is off the table because of geopolitics.

Even though the currency and economy are undergoing extreme stress, the likelihood of a default on Russian dollar sovereign debt is extremely low.  Under sanctions and oil prices in the $40-50 range, we see Russia's sovereign creditworthiness in the BB range from BBB currently.  At current spread levels, Russia sovereign 5yr Credit Default Swap is now trading as a B rated credit, which seems excessively pessimistic to us.  A low probability of default on sovereign dollar debt is supported by three reasons below. 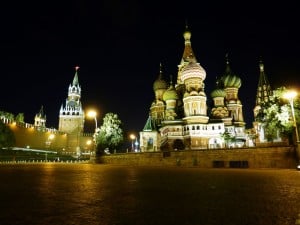 First, Russia has the liquidity to repay all of its external debts, both public and private. If Russia were to repay its maturing public and private external debt using its official currency reserves of $419 billion and financial system FX assets of $256 billion (excluding any corporate FX assets, which are anecdotally substantial but have unavailable data), Russia covers 100% of its $678 billion in external public and private sector debts and would repay the entire amount in about three years.  This is a more comfortable liquidity starting point than most countries would find themselves in in Russia's position.

Second, Russia has one of the strongest sovereign debt profiles of any country globally. Russia's public sector debt is 15% of GDP, with a healthy maturity structure and with about 50% of the total denominated in FX.

Finally, the $91 billion decline in official FX reserves year-to-date to $419 billion from $510 billion has been matched almost exactly by repayment of public and private external debts.  Thus, contrary to many press reports, Russia's policy has been to use official reserves to delever and not to support the currency outright or fund capital flight.  Forced deleveraging is clearly a sign of stress, but it is a creditor-friendly policy.  As reserves fall further, there will probably be limits to the government's willingness to fund private sector debt repayments.  This decision will benefit repayment of sovereign and strategic quasi-sovereign corporate debts.  It also means that the distribution of FX assets will become increasingly important in assessing creditworthiness.

The outlook for corporate US dollar-denominated debt is more nuanced. Any non-sovereign asset tied to economic growth will remain under pressure as the economy enters recession and market access to external debt markets remains blocked.  Individual companies also face the risk of being singled out by EU and US sanctions.  And the repayment picture for individual Russian corporates is issuer-specific based on its balance sheet, operating model and likelihood of sovereign support.  Because sovereign risk is the main risk in Russia right now, the best risk/reward and liquidity remains in Russian sovereign dollar debt rather than corporate debt or local currency."

Government Gets Thumbs Up For UK Turnaround