Apple Inc. (NASDAQ/AAPL) will launch its next-generation "iPhones" to the world on Tuesday and the expectations, while high, likely won't blow away investors or competitors

, based on my stock analysis.

In my view, it's more about the apps and functionality of the smartphone, rather than screen size and aesthetics.

Of course, Apple also has to deal with the embarrassing leak of private pictures from "iCloud" belonging to several celebrities last week. The company believes the leaks weren't due to any flaw in its security system but that they were a result of targeted attacks. Apple has had security issues in the past that were to blame on the operating system infrastructure, so I wouldn't rule it out.

Apple stock has done well, easily beating the S&P 500 over the past 52 weeks with a 48.0% advance versus the 22.1% move by the index. The stock reached a new record high of $103.74 last Tuesday, but as my stock analysis indicates, how much more it can rise will be dependent on the "iPhone 6" and new phones from rival Samsung, multiple "Android" phones, and the upcoming launch of BlackBerry Limited's (NASDAQ/BBRY) new operating system "10.3 OS" that will include access to the Amazon.com, Inc. (NASDAQ/AMZN) "Appstore" and its 200,000-plus apps.

While BlackBerry products are somewhat passé, I wouldn't count the company out yet; however, the stock should only be regarded as a trade and nothing else, based on my stock analysis. 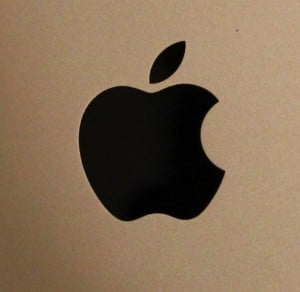 Going back to Apple, the iPhone 6 is expected to have a bigger screen. The company is also expected to launch a new $400.00 or so computerized watch that it hopes loyal Apple users will buy. I used to have an iPhone and still have an "iPad," but I doubt I'm adding the watch.

For CEO Tim Cook, he better be watching key rival Samsung very closely, as my stock analysis suggests. Samsung just launched two new phablet smartphones called the "Galaxy Note Edge" phone and the "Galaxy Note 4" phone that have some nice features. Samsung is also introducing an intriguing virtual-reality headset called "Gear VR" that is supposed to be used with the new phones. The early impression is that the virtual headset is impressive and could be a game-changer for Samsung.

Now I'm not writing off Apple; I'm simply stating a fact that next-generation smartphones will have to have eye-popping features that make the iPhone the de facto phone to buy, based on my stock analysis.

We are really at an interesting time for the smartphone market that rewards innovation and functionality over gimmicks and aesthetics, based on my stock analysis.

Apple continues to be the beauty queen in America, but my stock analysis suggests that for the stock to rise higher, it needs to outshine the amazing advancements made by some of its rivals, such as Samsung. The battle for smartphone supremacy and the top-stock spot in this sector continues.