Retailers are likely sitting on the edge as we head into the Thanksgiving weekend on Thursday, which means Black Friday is nearly here. The three days from Friday to Sunday are the most critical period in the shopping calendar for the retail sector, followed by “Cyber Monday” (the Monday after Black Friday when many retailers offer steep discounts online), which has historically been the biggest one-day online shopping event of the year.

So these four days are make-or-break for some retailers. What happens during these days could also help dictate what happens in December and 2014. And of course, what happens with consumer spending and the retail sector will dictate the gross domestic product (GDP) growth.

Yet while I was previously more positive towards the retail sector, I’m beginning to have some doubts. Not only am I worried about the weak jobs market, but confidence levels aren’t exactly high now, either. Currently, I expect the retail sector will face greater headwinds in December and early into 2014.

The reality is that the average consumer is uneasy about their economic situation, so they are nervous and hesitant to spend. This will impact the fourth-quarter GDP and make it much more difficult for investors to play the retail sector.

Retail sales advanced for the second straight month in October; albeit, at a muted pace, but it was still nonetheless better than what the market watchers expected. Sales on an ex-auto basis increased 0.5% in October, above the 0.4% Breifing.com estimate and in line with September’s reading. It was also the second straight up month for the retail sector.

But despite these advances, with the jobs picture not improving and the economy stalling a bit, I have become less optimistic towards the retail sector in December. In fact, I believe merchants may be forced to discount merchandise and clear inventory just to boost sales this holiday season, which will, of course, impact operating margins.

On top of all this, we have been seeing some flat results and poor guidance from some retailers. 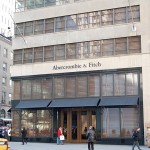 And while I still continue to like the discount retailers, discounter Dollar Tree, Inc. (NASDAQ/DLTR) reported a shortfall in its earnings and lowered its earnings guidance for its fourth quarter. The company cited caution towards the retail sector and consumer spending.

All of this makes me nervous. Given these numbers, investors should tread carefully and see how things unfold with the holiday shopping season, getting a better picture of where the retail sector is headed before creating an investment strategy or buying retail stocks for your portfolio.