The UK Members of Parliament handed over control of their pay to a third party and are now taking the flack for being awarded a significant pay rise. A pay rise that is out of their hands.

Had they not put the Independent Parliamentary Standards Authority (IPSA) in place and voted on pay rises themselves they would have been accused of setting their own pay (just like they always used to be).

But now IPSA controls their pay the outcome is obligatory and automatically awarded, MPs will receive a handsome £7,600 a year pay rise to take their remuneration to £74,000.

But of course many people are condemning this as MPs lining their own pockets whilst the rest suffer austerity. Because of this ministers and senior party MPs are concerned about a loss of political capital so are condemning it with some saying they will refuse it. But by doing this they place pressure on MPs for years if not decades to come to do the same – is that the right approach to get the best people to become MPs? How about the ‘good’ ones, are they not worth it?

So who should decide how much MPs get paid and when they get pay rises? Should they get paid at all, or should we just have extremely wealthy people being the only ones able to afford to stand for government?

How about expenses? They put IPSA in place to deal with it and we should have realised they got that bit right when MPs started complaining about how stringent the body was being. 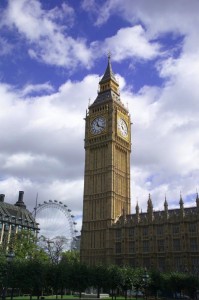 One question we should all be asking is, ‘do we think so little of ourselves that we don’t think it worth rewarding those that represent us in the mechanics of democracy and then across the world as well as forming the laws that control our lives?’ The answer to that is that most people probably don’t think to look at it this way. But they are happy to pay entertainers such as footballers outlandish sums of money – one has to wonder what the wage bill for all the players in the premier league amounts to (check this out). We also never quibble over money when that overpriced new gadget comes out do we, or the makers would have to lower the price.

Another question we should ask ourselves is, ‘would I do it?’ In fact, why don’t those that moan go and stand?

MPs are not perfect by any means (they are just like everyone else) but, maybe by actually paying them more we will in time get a larger and better pool to choose from.

And the answer to the question of ‘when should MPs get a pay rise?’ Well as they inevitably collectively upset as many people as they don’t due to the nature of the job, then your guess is as good as mine. That’s just politics.

How Will the 2014 Budget Affect Pensions, Savings, Tax and Scotland?