Where Investors Can Find Stability in These Economically Unstable Times

While most astute investors would point to a weak U.S. economy as the reason for the recent lackluster U.S. employment data, economists, in their infinite wisdom, point to Mother Nature. She seems to shoulder a lot of the economic blame in this country.

In January, the U.S. economy added just 113,000 new jobs, far fewer than the expected 180,000 jobs. Freezing winter weather is being blamed for the weak U.S. unemployment data. This is the second straight month of disappointing jobs data from the U.S. Department of Labor.

Last month, the U.S. economy added just 74,000 jobs—far, far below the forecasted 200,000 jobs. The back-to-back weak employment numbers continues to fuel fears that the so-called U.S. economic recovery might be stalling…if one could ever really say the U.S. economy took off.

Last Thursday, attempts to revive a program aimed at extending unemployment benefits by three months for the long-term unemployed failed; being supported by just 59 of the 60 senators needed to pass the motion. At the end of the day, in this U.S. economy, 3.6 million Americans, or 35.8% of the unemployed, are stuck in long-term unemployment limbo.

And they might be stuck there for a long time. A recent experiment conducted by a visiting scholar at the Boston Fed found businesses ignored applications from people who have been unemployed for six months or longer, even if they have better credentials. (Source: O’Brien, M., “The Terrifying Reality of Long-Term Unemployment,” The Atlantic, April 13, 2013.) 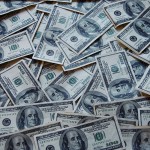 The rapid decrease in the U.S. unemployment rate has more to do with people leaving the workforce than it does a strong U.S. economy. Not surprisingly, the poor U.S. jobs data comes on the heels of a raft of other unsettling U.S. economic news.

Aside from the U.S. economy being bogged down by stagnant wages, careening consumer confidence, a weakening U.S. manufacturing sector, and a currency crisis, U.S. auto sales missed their January expectations, too. And the so-called silver lining around housing is getting a little dim: December pending home sales dropped 8.7% month-over-month; December new-home sales fell more than expected, dropping seven percent; and December existing-home sales rose less than expected by just one percent.

Against the backdrop of an underperforming U.S. economy, it’s not a total surprise that the overvalued U.S. stock indices are facing downward pressure, meaning it might be time for investors to revisit their retirement portfolios.

After all, it’s one thing to have a position in a solid, overvalued stock; it’s another to have money tied up in stocks that have seriously underperformed the market. For example, since June of 2012, the S&P 500 has climbed 40%. If you’re holding stocks that haven’t performed well over that same timeframe, it might be time to rethink your investment strategy.

This article Where Investors Can Find Stability in These Economically Unstable Times by John Paul Whitefoot, BA was originally published at Daily Gains Letter.