Lower gas prices translate into more money in your wallet to spend on other goods and services. This is good for the country’s economic growth.

As a consumer, while we are experiencing lower gas prices at this juncture, I’d suggest you enjoy it while you can, as oil companies will look for any excuse to drive oil prices higher—and gas prices will follow.

As an investor, however, you need to pay attention to the bigger picture.

Oil prices have been steadily declining to around $91.00 a barrel from the more than $100.00 a barrel witnessed not long ago. 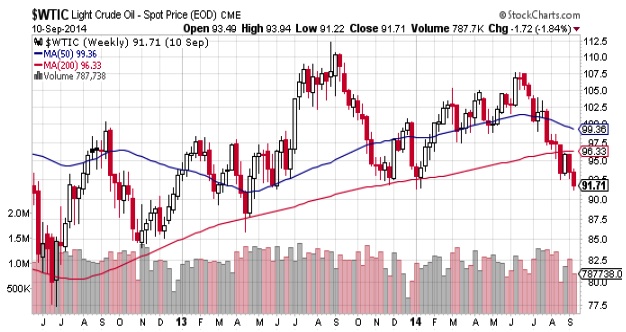 Some calm to the situation in Gaza and Israel, along with a current truce to the fighting in Ukraine has contributed to the decline in oil prices. Geopolitical events can have a huge impact on the price of oil.

The problem that I see here is that the situation in either region could boil over at any moment, possibly launching gasoline and oil prices sky-high. But my biggest concern is not the events happening in Ukraine or Gaza; rather, the biggest question mark lies in the volatile regions of Syria and Iraq, where the terrorist organization ISIS is spreading its violence. Given that the region is already fragile, the presence of ISIS has become problematic to not only the region, but to the world. 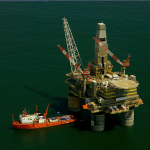 The negative implication here is that the possible control of the country by ISIS could wreak havoc not only on the oil production out of Iraq, but it could also create geopolitical instability in this already volatile region that also includes tensions in Syria and Iran.

We are talking about some key oil producers here. Any disruption will likely impact the flow of oil and consequently drive up oil prices.

What’s America’s role here? President Obama indicated his intentions to destroy ISIS with the help of local and ally countries providing support and money. Yet it will not be a cakewalk and these intentions could take some time to pan out.

An all-out full-scale conflict in Iraq and Syria could see the destruction of oil plants in the region by ISIS or a disruption in the flow of oil out of the region, which could also have a significant impact on the global economy.

These factors, in my view, will be supportive of oil prices. Given this, should oil fall below $90.00 a barrel or hover in the current level, we could see a great buying opportunity to trade oil from the long side via buying an exchange-traded fund (ETF) like United States Oil ETF (NYSEArca/USO).

This Article Where Oil Prices Are Headed was originally posted at Daily Gains Letter.