There are a significant number of concerns regarding the emerging markets at this time. Investors are asking if emerging market stocks are a good buy right now; are the troubles over or are there still more to come?

As it stands, it seems further troubles are brewing in the emerging markets, as the Federal Reserve tapers its quantitative easing program. We have seen currencies in countries like Turkey, South Africa, Russia, and Argentina decline significantly.

You see, when the Federal Reserve first started to lower its interest rates and initiated quantitative easing; it gave birth to a trade. The idea behind this trade was simple: you borrowed money from a low-interest-rate country—the U.S.—then invested that money in a high-interest-rate-paying country—the emerging markets, like Turkey—and banked the difference. The Federal Reserve tapering its quantitative easing is drying up the liquidity—the money that went to high-interest-paying countries has to come back now. This is what's creating troubles.

Before I go into further detail, I want to restate my opinion on the emerging markets and their stocks: in the long run, they can be very profitable. My main reason for this belief is that emerging markets need infrastructure, meaning construction companies and utilities companies will be profitable. These markets also have massive populations and the middle-class is on the rise, meaning consumer discretionary stocks and companies in the service sector will see growth as a result.

Where are the opportunities in the emerging markets now? 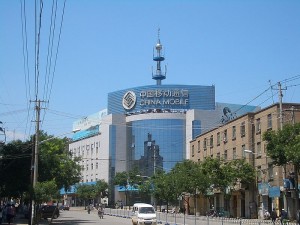 One rule of thumb is that when there's a broad market sell-off, even companies with great fundamentals and solid track records get punished. Investors sell these stocks in panic; they want to get out, because they don't really know what's going to happen next.

In the emerging markets, since the beginning of the year, something similar has happened. I believe there are still some troubles and we may hear more about them sooner rather than later, but the sell-off has created opportunities for investors who are eager to get into the emerging markets. Investors have to handpick these opportunities, rather than going at them through exchange-traded funds (ETFs) like iShares MSCI Emerging Markets (NYSEArca/EEM).

To add exposure to the emerging markets, investors should be looking at companies like China Mobile Limited (NYSE/CHL). China Mobile is one of the biggest telecommunication companies in China. It has a massive customer base and pays a hefty dividend to its investors.

As you can see in the chart below, since the beginning of the year, the company's stock price has been punished and has declined by more than seven percent. It currently trades around its two-year support level (circled on the chart below).

Please note that this is not a recommendation to buy China Mobile, but just an example of the type of opportunity investors should seek when they are looking to invest in the emerging markets.

As it is often said, only in the time of most certainty are great opportunities formed. I believe big-cap emerging market companies are knocking on the doors of those who are looking to profit in the long run.

This article Where to Find the Best Opportunities in Emerging Markets was originally published at Daily Gains Letter.