This is political joined up thinking at its best.

The numbers of new appliances being sold would reduce as more people took their toasters, irons and vacuums cleaners to their local mending shop to be repaired, putting the brakes on manufacturers' profits and their ability to research to make new and better models.

We are also being told to buy less food, but that means less money going through tills meaning less growth (both economically and agriculturally).

More repairs instead of scrapping does though mean more making and stocking of spare parts for elderly items. But would bring with it a reduced drive to move forward. As well as an increase in 'pattern parts' from unofficial and maybe counterfeit spare parts suppliers.

But then the EU would kick in with its regulations wouldn't it? Only 'properly qualified, certificated and insured' people would be able to undertake the repairs making them much more expensive anyway. The 'system' could not possibly allow any old Tom, Dick or Harry to set themselves up in this business. It would need a whole new industry of government inspectors backed up with reams of regulations and sanctions. 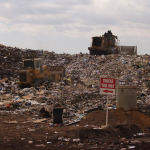 That is of course if many of these things can be mended these days anyway. They come in sealed units with weird nuts and bolts holding them together, some having hidden catches that prevent you pulling them apart accidentally (health and safety imposed in the first place of course). Many also have computer chips and unrepairable circuit boards in them. Most of them come with sealed electrical plugs as an example, which means a perfectly good plug gets thrown out with the unit – can't have some idiot consumer trying to rewire it onto another appliance themselves can we?

Is the government now moving away from a model of economic growth to a more ecologically sustainable policy where growth and consumption are not some sort of Holy Grail? If so it forgot to tell the rest of us.

Or is it just a way to show we're following the EU diktats we're given while we still aim for consumption and spending to promote growth?

Then again maybe all those specially qualified and regulated repair shops springing up one every high street would be the sort of growth we should be aiming at.