The second annual Which? supermarket survey shows that Waitrose, with a customer score of 85%, is top of the pops with shoppers,


with Marks & Spencer coming in second in the survey with 68%.

Waitrose came out of the survey with five stars for product quality, customer service, range and availability and store environment.

On the web supermarket front Ocado (an independent online grocer with 83%) and Waitrose Deliver (82%) came out on top.

But the biggest operators like Tesco, Asda, Morrisons and Sainsbury's were beaten onto third and fourth place by Aldi and Lidl with both getting five stars for price.

The Co-operative came bottom of the pile with 46%. 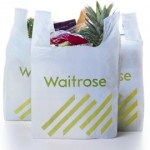 It also came out that half of supermarket goers thought that the new style self service checkouts are both convenient and saved time, but given the choice most people still liked the human interaction of the conventional check-out. A surprising 90% of the people who have used the hand held bar code scanners like them.

As the economic position tightens there will be an increasing race by the big supermarkets to price themselves in to shoppers' hearts, which can only be good for most consumers. But does the solid position of Waitrose against the rise of Aldi and Lidl show a polarisation of shoppers between the well-off and the rest?

Majority of Brits have 'blind spot' over hidden sugars and calories