The most notable event highlights of last week included the ECB’s announcement of an ABS along with a rate cut across the board signaling the ECB is quite concerned about deflation in Europe.

While the Euro lost steam across the board, the Greenback rallied only to hit a roadblock in Friday’s Nonfarm payrolls data. The market consensus was bullish on the job creation only for the headline print to disappoint.

• UK’s PMI data came out mixed with the Services PMI rising well above expectations. The Bank of England left interest rates and asset purchases unchanged, but it didn’t help the British Pound much as it continued to weaken against the Greenback

• Bank of Canada keeps interest rates unchanged and maintains a neutral stand. Canadian Dollar maintained its bullish momentum through last week, despite a soft job creation in August. Unemployment rate remained at 7%, while the employment change showed a decline of -11k

• ECB signals rate cuts across the board and announces its plans of an ABS backed QE in Europe. The Euro weakens dramatically as market awaits more news on the plan and implementation of the ABS backed QE.

• US ADP nonfarm payroll data comes out soft while the NFP for the month of August came out at a dismal 142k new jobs v/s 226k consensus. Unemployment rate drops back to 6.1% 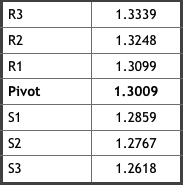 The Euro broke the 1.3 level of psychological support and is now trading in the region of 1.293 at the time of writing. Despite a weak NFP print, the Euro didn’t react much and maintained its bearish momentum. On the daily and weekly time frames, we see the Stochastics continue to stay fixed in the oversold levels. Any possible signs of rallies could present a good opportunity to take up new short positions 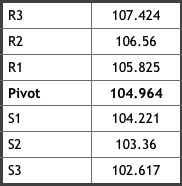 A bullish USDJPY closed the week higher but not before giving up some of the gains made during the week. On the daily charts, the Stochastics is in the overbought area and what seems like a bearish crossover from the overbought area could likely signal a corrective move this week. From the 4-hour charts, the 200 EMA sees a confluence above weekly support level 2 at 103.4 levels. Regardless of the USDJPY showing exhaustion to the rally, any corrective moves to the downside could be used as an opportunity to buy the dips targeting the region of 105. 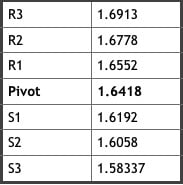 The GBPUSD pair was also weak during the previous week, forming a large bearish engulfing candle on the weekly charts. Today’s price opened with a down gap at 1.62037, cutting across the 38.2% Fib level from the weekly charts. The next level of 50% comes in at 1.60409, which would mark a close to 50% correction to the strong rally that the GBPUSD previously enjoyed. Price has also broken down below the 52 weeks EMA for the first time since the rally began in June last year. Despite the inherent weakness in the GBPUSD, the bias is still to the upside with the markets looking for a BoE rate hike as early as November this year.

John is a market analyst for Orbex Ltd. and is a forex and equities trader having been involved in trading since late 2009. John makes use of a mix of technical and fundamental analysis and inter-market relationships. For any comments or questions, John can be reached at john@orbex.com

How to Hedge Against a Stalling Global Economy