The UK has become known, unenviably, as ‘the whiplash capital of the world’ after claims amassed cost the UK motor insurance industry Â£2.2 billion in 2011 alone. Now, this cost has been passed onto drivers to the song of an additional Â£90 per premium per year. But why should good and careful drivers be paying the price for other people’s dishonesty and fraudulent claims and furthermore, what – if anything – is being done to control this burgeoning problem? 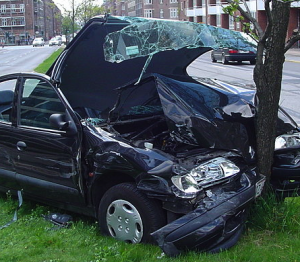 1. Why are so many people making whiplash claims? The average payout from an insurer for a whiplash claim is in the region of around Â£2,500 so it’s not difficult to imagine why the amount of people making these claims has dramatically increased over the last few years. Many, quite clearly, see this as an opportunity for some quick and easy no-questions-asked cash. The reason for this explosion of casual fraudulence is that it’s extremely difficult to prove whether or not a person ever actually sustained whiplash at all.

2. How is whiplash diagnosed? Whiplash is caused by a strong collision, resulting in a sudden, extreme jolt to the neck. Neck injuries are considered to be serious but it can be difficult for a GP to diagnose whiplash as it is not a physical injury that manifests itself visibly.

3. What about the people who really do get whiplash? As there are so many fraudulent whiplash claims, this makes it unjustly difficult to be taken seriously when you really genuinely have hurt yourself in such a way. Make sure you get the contact details of any witnesses, and ensure your doctor gives you a thorough examination as soon after the collision as possible. Neck injuries can take a long time to heal which means it may be necessary for you to take time off work, so it is important that you get the compensation you deserve. Jefferies Solicitors are personal injury specialists offering their services on a no win no fee basis.

4. How many claims are false? It has been estimated that 25 per cent of the UK’s whiplash claims are fraudulent as people try to con the insurance companies to pay out.

5. What is being done to reduce fraudulent whiplash claims? The government has recognised this as a serious problem for the UK motoring industry (as well as the insurance one) and is taking measures to try and clamp down on the increasing amounts of false claims. Suspicious cases are to be investigated and there is to be a more thorough process observed for the diagnosis of whiplash.

As times are tough and money is tight for the vast majority of people in the UK right now, it can be tempting for many to make these false whiplash claims in the hope of a big payout. But once the government plans are in place, it is hoped this will deter people through fear of being caught out. You can read more about the Government’s plans for clamping down on fraudulent whiplash claims, here.