International homebuyers have tripled, whilst buy to let investors fall by 1/3.

– Conversely, the number of buy to let (BTL) investors has seen a significant decrease, falling by 1/3

– Typically targeting properties under £1m, the average purchase price for BTL has fallen 27% to £816,429 over the last 12 months

– Against this backdrop, houses in trophy addresses have become much more popular, with a 4.1% increase in sales and a 4.9% increase in average prices in Q2.

– In contrast, the number of flat sales have fallen 11% and prices have increased by just 2.6%

– The desertion of PCL’s new build sector continues, reflected in a 55% decrease in sales in Q2, compared with 9% for the PCL market overall

– In terms of nationality, buyers from Far East Asia represent the biggest purchaser, making up 36% of purchases over the last 12 months, followed by Indian and Middle Eastern buyers at 22% and 21% respectively. 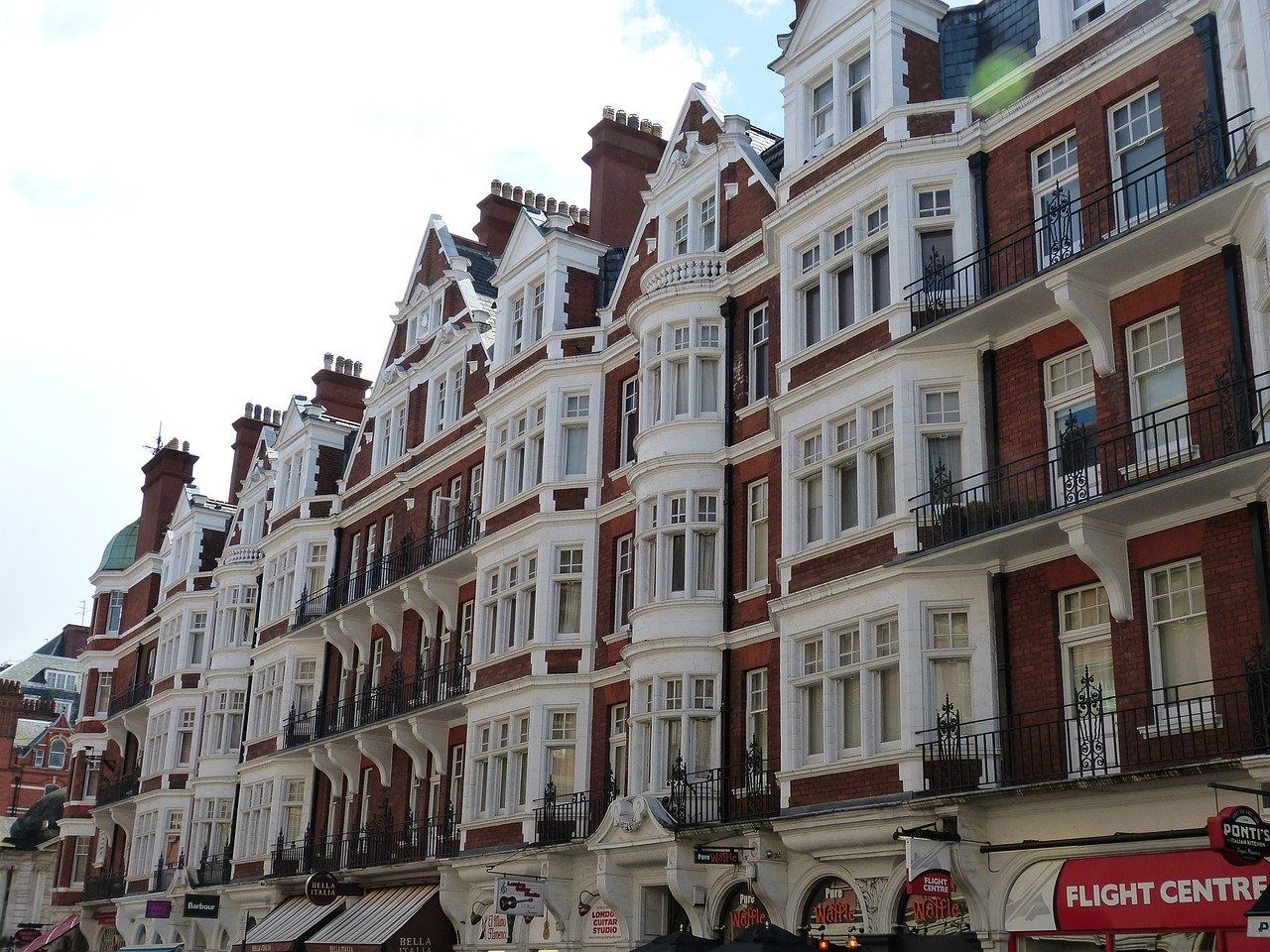 Following two years of subdued price growth as buyers have adjusted to continuous changes in the residential tax regime and political and economic uncertainty due to Brexit and two General Elections, Prime Central London showed an uptick in Q2. According to Land Registry data, average prices reached £1.9m following quarterly growth of 5.8%, boosted by a handful of high value sales. Transactions have remained at very low levels with just 3,750 sales over the last 12 months.

A detailed analysis of the headline figures by London Central Portfolio (LCP) demonstrates a notable change in buying behaviour, contributing to the price rally this year.

Within LCP’s managed client portfolio, the number of buy to let investors has seen a significant decrease over the last 12 months, with their share of purchases falling one third from 85% to 55%. Homebuyers, on the other hand, who have been increasingly attracted by discounts available on luxury properties, continuing low interest rates and exchange rate benefits, now represent 45% of all purchases, triple their share from the previous year.

This influx of opportunistic homebuyers has resulted in a notable increase in high value sales, with transaction data showing the £5m – £10m price bracket was the most active in Q2, demonstrating a 23% increase in sales.

Activity has been much slower in the ‘£1m and under’ sector which is largely dominated by buy to let investors. This sector saw a 9.4% decrease in sales in Q2. With the majority of investment purchases now being marketed by highly motivated sellers, the average purchase price for rental investors has fallen a significant 27% to £816,429 over the last year, according to LCP. 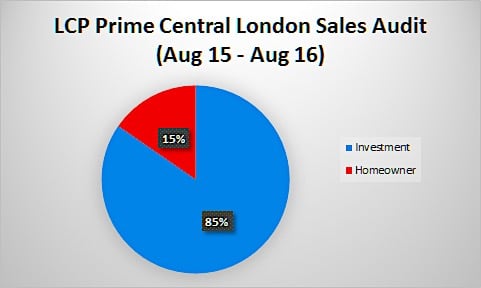 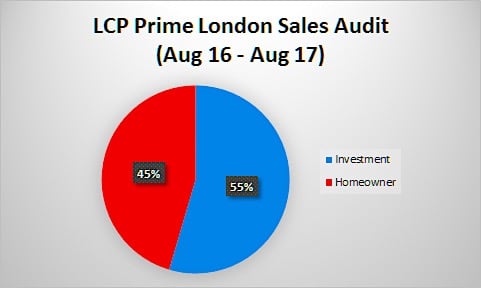 “As international homebuyers identify attractive discounts on top-end properties, particularly as sterling remains weak, they have actively re-entered the market, snapping up deals in London’s best addresses. This year, LCP has been purchasing properties for clients from Regent’s Park’s Nash terraces to Knightsbridge’s premier postcodes. In stark contrast, buy to let investors have remained on the side-lines trying to call the bottom of the market, resulting in a much-reduced share of purchases”.

The dynamics of increasing appetite from homebuyers and a ‘wait and see’ attitude from investors has also contributed to the growing popularity of Central London houses compared with flats. In Q2, the volume of house sales saw a quarterly increase of 4.1% with a 4.9% increase in average prices. This compares with the flats sector where transactions fell a significant 11% and prices increased just 2.6%.

As buyers increasingly opt for trophy heritage property, previously priced beyond their grasp, there has been a notable desertion of PCL’s new build market in Q2, reflected in a 55% decrease in sales.

Heaton explains: “Savvy buyers are recognising the attractions of unique older properties and the added value potential of refurbishment in the current unsettled economic climate. Against this backdrop, new build speculators have pulled back in the face of uncertain or negative returns and the disadvantages of over supplied and commoditised stock. A favourite of Chinese investors, capital controls may also be contributing to falling transactions in this sector. LCP have undertaken no purchases for Chinese buyers this year, whilst Knight Frank reported an 80% withdrawal at IFN’s Real Estate Roundtable this month”.