A website launched today aims to help football fans decide which team to cheer for in the Brazil 2014 World Cup, based on countries’ impact on climate change, military spending, and efforts to tackle poverty and inequality.

The site ‘Who should I cheer for?’ (www.whoshouldicheerfor.com), launched by global justice campaign group the World Development Movement, compares the 32 countries competing in Brazil 2014  in terms of human development score, spending on armaments and military personnel, numbers of women in government, carbon dioxide emissions and financial secrecy. 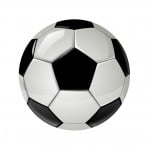 Ralph Allen, a campaigner at the World Development Movement, said today: “Lots of football fans will be watching every single World Cup game, and we tend to side with one team or another for fairly arbitrary reasons. ‘Who should I cheer for?’ is a light-hearted way of informing which team people support, and engaging them with social justice issues through football.”

More of the same as a new week beckons