2017 may have made wholesale improbably sexy for the grocers – the Tesco-Booker deal has lured its competitors into trying new things – but not all of them will succeed in the chase. Sainsbury's is rumoured to be interested in Nisa, Morrisons has signed a wholesale deal with McColl's, and now it is speculated that the Spar group is breaking up as one of its owners seeks to sell its wholesale business. Is there room for all of these players? Or will it just lead to more competition in another low-margin sector?

Wholesale's sudden desirability makes some sense when you consider the slow growth, highly competitive, thin margin backdrop that the food & grocery market offers. The food retailers have been engaging in every type of diversification they possibly can; from partnerships with non-food specialists to fill excess floor space, through to Sainsbury's "Chop Chop" app offering a one hour delivery service in London. The times of food retailers making 4% margins selling food in a relatively peaceful oligopoly are long gone and they need some new markets to hunt for growth in.

Wholesale has three arms – cash and carry (C&C), delivered grocery, and delivered foodservice. Whether wholesalers make higher margins than traditional food retail depends on which segment the wholesale business derives most of its custom from. C&C has a similar margin to the grocers as it is essentially just a large pack-size supermarket. Delivered grocery carries much lower margins, because it has to cover the cost of delivery for small orders to independent shops and restaurants, or the bargaining power that rests with large contract customers means that large discounts need to be given to retain custom.  Foodservice is where the high margins and strong growth are hiding. The UK foodservice market is forecast to grow c3% p.a. until 2020 according to GlobalData, and given the opportunity to add costs such as pre-poaching eggs for restaurants, margins can be kept high serving an end-user that values efficiency. 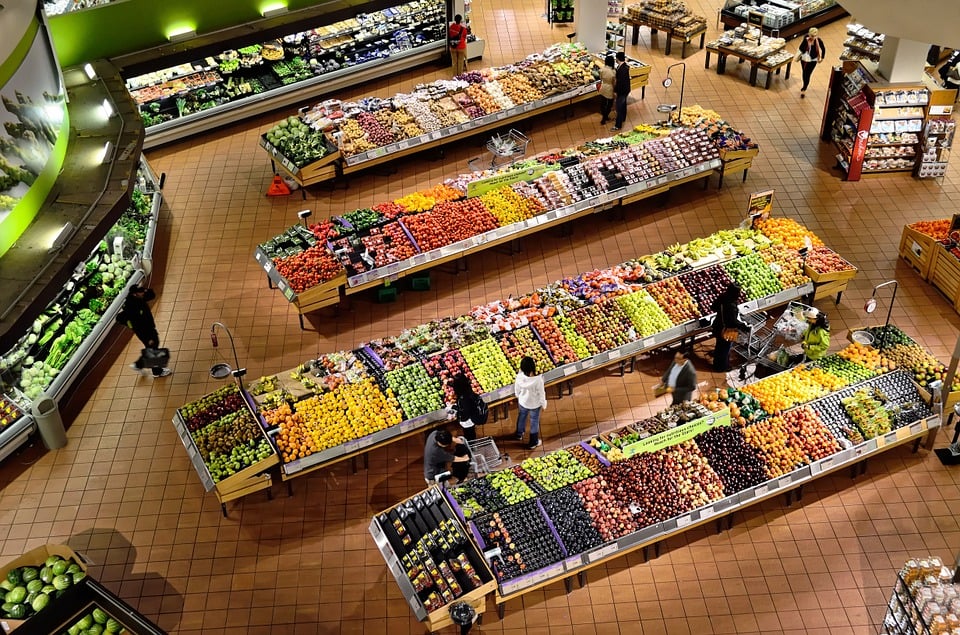 However, apart from Tesco and Booker, the supermarkets are not buying foodservice businesses. They are buying low margin C&C and delivered grocery businesses. Without the ability to amalgamate supply chains, the deals do not make sense as all that would be offered is an extension of 2% margins. Yet, by producing and procuring food for wholesale, supermarket supply chain capacity can be increased, subsequently making them significantly more efficient. Morrisons is using its vertical integrated supply chain to manufacture Safeway products for wholesale, and as a result taking advantage of operational leverage. As all of the machinery has been paid for, fixed costs will remain roughly similar, and profit as a percentage of cost is much higher. Thus wholesale deals using an existing manufacturing capability offer high return on capital employed (ROCE).

Ultimately, these deals need to be considered in the same context that we viewed the partnerships with Timpson's (Tesco, Sainsbury's, Morrisons), Doddle (Morrisons), Amazon (Morrisons), Argos (Sainsbury's) – as they are using excess capacity to increase efficiency and seek growth from another market without being as heavily regulated by the CMA as they do not own the stores. In the case of the majority of wholesale deals, it provides the supermarkets with an alternative way into the high-growth convenience channel by supplying existing convenience stores. In addition, these convenience stores are in the population-dense locations that the big four would like to get into but are restricted by planning laws. A cynic might even go as far as call it a loop-hole of sorts.

Multiple grocers diversifying into the wholesale market will drive competition up in the sector, just as the arrival of new grocery players triggered the supermarket price war. With Tesco-Booker as the obvious leader, we expect that its scale will enable a lower industry price point as it fights for market share. If Sainsbury's goes ahead with Nisa then three out of the big four will be vying for a slice of the wholesale pie, and not all of them will succeed. For Morrisons, utilising the excess capacity in its supply chain offers incremental profit with little sacrifice, and Tesco-Booker are winning the scale game, but Sainsbury's would be better off out of the wholesale supply market. Sainsbury's offers a higher-end product which does not mesh as easily as Safeway would with the convenience sector, and it does not carry as much manufacturing capacity as Morrisons or Booker, so it seems like it would just be jumping on the bandwagon – bearing more risk than its competitors.

It is unsurprising that AF Blakemore is potentially looking to capitalise on the increased enterprise value of wholesale companies given the boom in deals, however it does leave Spar's future uncertain. AF Blakemore owns 290 Spar stores and supplies over 1,000 – but the contract will likely be passed onto the purchaser. In addition, the timing of the sale makes sense given that wholesale companies are unlikely to maintain this high value. Wholesale might be sexy now, but it is at risk of being a phase.