Who’s going to fight for the poor? Church or State?

Recently the news story that dominated the press was the newly appointed Archbishop Welby saying that ‘benefit changes will push children into poverty’ (The Guardian). Fantastic we can rejoice! This is exactly the type of thing we want to hear the church saying. This is what Christianity is all about, standing up for the worst off in society – the poor. Thank God Archbishop Welby is making this a priority for his ministry.

But then we can ask; as the number of people slipping into poverty will continue to grow under this venomous coalition government, who will unashamedly stand up and say ‘We are going to represent the poor’? The Church or the State?

The Labour Party, in my opinion, is the obvious opposition to this obnoxious current government. But whilst many of us will support the Labour Party I feel it important to question the current state of the party. Is the Labour Party really one that ‘the poor’, ‘the scroungers’, ‘the underclass’, (or whatever adjective you want to put on poverty) can associate themselves with? Do the poor feel like they are being represented by the state’s official opposition party?

At the moment the Labour leadership is scared to come out and say that ‘you know what, actually we are going to be the party who represents those on benefits’. There are two main reasons for this:

So where does that leave the poor? They don’t feel comfortable supporting the Labour Party because of its reluctance to say ‘actually, we’re one of you’ and because of its front bench being dominated by the middle class and the privately educated. This is why we see so many fringe parties stealing support, i.e.; UKIP, The Greens, SNP, Plaid Cymru, Respect. People are quite simply sick of formalised state politics. They want an alternative.

The Anglican Church is losing its relevance day by day due to the recent scandals over gay marriage and women bishops. What the church does under Archbishop Welby will be crucial for its survival; the church is sadly dying on its feet. Like the Labour Party the church is an institution that no one has ‘faith’ in any more. This is the time for the church to rightly put itself at the forefront of the inequality. 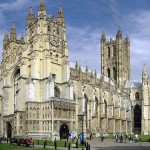 With the Archbishop publically commenting on the current political situation so early into his ministry we can hold some hope. Unfortunately the work of Archbishop Rowan Williams, who raised awareness of the growing inequality in society, has been tainted by the recent internal squabbles over gay marriage and women bishops. Now more than ever the church needs to focus its attention on criticising the government’s programme of austerity/inequality. The church has the opportunity to regain legitimacy from the secular world, and show that its ideology isn’t based on bigotry, but on love and compassion.

The worst off in society need the church to criticise the government on their behalf. As long as the Labour Party fails to come forward and apologise for having neglected so many disinterested voters, there is a lack of representation. Â This is where the church should step in.

"To help the poor to a capacity for action and liberty is something essential for one's own health as well as theirs: there is a needful gift they have to offer which cannot be offered so long as they are confined by poverty." (Rowan D Williams)