‘Whistleblowing’ is considered to be a rather scary concept. When one thinks of whistleblowers the mind may automatically jump to thinking about Edward Snowden fleeing to Hong Kong and then Russia after leaking confidential documents, Bradley Manning being imprisoned for 35 years for revealing US military classified material, Wikileaks and Julian Assange – currently in refuge in London’s Ecuadorian Embassy, or Deep Throat – the pseudonym given to Watergate whistleblower Mark Felt. These people polarise opinion – some love them, others loathe them. They can be considered as heroes or villains, saints or stirrers, people’s champion or national traitor. Whether we respect them or deride them, many of us feel as though we would never or could never be able to do what they have done.

However, whistleblowing needn’t involve headline hitting scandal. Blowing the whistle is making a disclosure in the public interest, or exposing wrongdoing in the hope of stopping it. Put like that, I suspect many more of us are everyday whistleblowers without having realised it.

Wrongdoing in the workplace is often not as complicated as fraud or company cover-ups. Bullying, petty theft, taking a ‘sickie’, exaggerating skills, misuse of a company credit card, lying… all of these are wrongdoings that may occur on a semi-regular basis. Reporting misconduct of this kind to a line manager or HR representative, for example, can be viewed as ‘everyday whistleblowing’. Other relatively commonplace examples of whistleblowing could include making a suspicious activity report (SAR) to the National Crime Agency if one suspects a client is involved in money laundering, or making a report of malpractice to a professional or regulatory body.

The 2012 Institute of Business Ethics (IBE) survey of employee views of ethics at work noted, however, that whilst a fifth of British employees were aware of misconduct in their organisation in the previous year, only a half say they had reported it. The reasons given for not raising their concerns were attitudes of indifference (“it’s none of my business”) or the belief that no corrective action would be taken. This view is supported by a survey of 1000 callers to the Public Concern at Work whistleblowing advice line, 60% of whom did not report any response from management (negative or positive) after having raised their concerns.

Therefore, there are barriers to everyday whistleblowing, albeit less dramatic than repercussions to whistleblowing on serious wrongdoing, which can include dismissal, breaking of gagging clauses and even imprisonment. However, no matter the type of misconduct in question, it is nevertheless essential that whistleblowers voices are heard, and they do not feel pressure to keep their concerns to themselves. 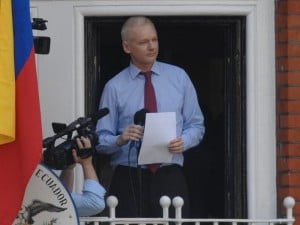 This pressure can be difficult to overcome, however. Potential whistleblowers fear reprisals such as backlash from colleagues, being called a snitch or a tell-tale, not being believed or, on the other hand, being passed over for future opportunities within the company or even dismissed.

For these reasons, people often feel more comfortable raising concerns anonymously. But this is not usually the best course of action as the law protecting whistleblowers – the Public Interest Disclosure Act 1998 – can only extend protection if it can be shown the whistleblower has suffered reprisals as a result of raising their concern. This is difficult if not impossible to prove if the concern was originally raised anonymously.

Therefore, it is best to raising a concern confidentially rather than anonymously is recommended for those who may not wish to reveal their identity. If this is the case, it should be made clear before the concern is raised that it is being done so in confidence.

Furthermore, most companies should have a whistleblowing policy in place, as well as established procedures to support the whistleblower and deal with their concerns. Companies realise that employees need an outlet where they can raise concerns, and many even recognise that having whistleblowers within the company is an advantage, not a drawback. Raising concerns through the proper channels will ensure a concern is dealt with in the best possible way.

Following these top tips can ensure whistleblowing concerns are raised and dealt with correctly, and can make the concept of ‘everyday whistleblowing’ more supportive than scary.