De Maeseneire says there are three reasons why King stock may potentially be a good opportunity for investors:

1. Compared to the valuation ratios at which Zynga went public in December 2011 King is an absolute bargain. 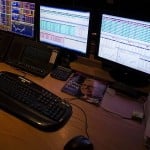 2. With a 324 million user base, King has a valuation corresponding to $20-25 per user. This seems fairly low compared to the $40 per user paid by Facebook in its $19bn WhatsApp deal.

3. King’s peers such as Activision Blizzard (Call of Duty, Warcraft) or Electronic Arts (The Sims, Battlefield, Fifa) are valued at roughly 2-3 times sales.

In that respect, one could state that King with its astonishing track record and valued at just 3.5-4 times sales is justifiable.

But professor De Maeseneire adds that investors should be cautious : "These days, start-ups that swiftly reach global audiences and multi-billion dollar valuations appear to sprout almost like weeds. Whether the ones who will ultimately succeed are worth their hefty price tags is about to be tested. Just like when after the dotcom bust the dust had settled, it may likely turn out that a few dominant players emerge, offering astonishing returns to investors while plenty may not survive or at least not succeed in meeting initial investor expectations and will prove lousy investments."