Why China's Reforms Could Mean Big Business for U.S. Investors

I'm calling it; that's enough talk about Janet Yellen and the Federal Reserve's likely strategy to continue printing money until the economic renewal picks up steam.

America has spent trillions to save its housing, financial, and auto sectors, and in the process, it has likely crippled the future generations with its massive build-up of national debt.

Yet at the same time, across the Pacific Ocean, China has seen decades of economic growth that has driven the country to surpass Germany and Japan to become the second-largest economy in the world, trailing only the United States. But unlike good old America, the Chinese have also managed to build up reserves of over $3.5 trillion.

And while there are still many in the United States who dish on China, I'm not in that camp. Having traveled to China, I can tell you the growth there has been staggering and it is reflected in the building of massive super cities that make New York City look small.

The money and wealth creation in China from the rural areas to the urban centers has driven the domestic consumption, and I expect this trend to continue.

And while the focus here was on the Federal Reserve and its suspect quantitative easing strategy, the Communist Party in China was meeting to discuss the future of the country.

At the core of the massive reforms in China will be major changes to its current policies as the country gets set for what will likely be another 20 years of growth superior to the United States and other Western countries. China doesn't want its economic engine to stall.

First, the one child policy will be adjusted to allow couples in which one of the partners came from a one-child family to be allowed to have two children. This is a major change in Chinese policy, and it's one that I feel will help to drive the economy in the future. With the expected population growth, the demand for domestic consumption will accelerate and drive the Chinese economy in the future generations. The allowance of multiple births is also in response to the country's aging population and the understanding that maintaining a stable population will be critical to drive the massive economic engine in the future.

The expectations that China will become the top economy in the world within 20 years will be realized, like it or not. 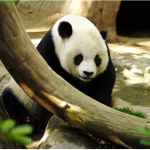 Moreover, the most significant reform in the country's history will be the opening up of competition to the current state-owned companies to domestic private competitors along foreign investment. The reforms are said to cover a wide range of industries and include the massive e-commerce segment, where there's incredible potential.

The economic reforms are significant, as they may allow more foreign and U.S. companies to enter into the Chinese market—albeit, likely regulated by strict Chinese rules for engagement. The Chinese social media space, for instance, will be a big attraction. Major Internet services companies like Google Inc. (NASDAQ/GOOG) and Facebook, Inc. (NASDAQ/FB) need to be in China and with the new reforms, perhaps the possibility is more realistic.

The bottom line is: with the reforms, you really need to shift some capital to China. This could be done via the multitude of Chinese stocks or exchange-traded funds (ETFs) listed in the U.S., such as the iShares China Large-Cap (NYSEArca/FXI). You can also buy into companies that may be more likely to break into the Chinese market. Apple Inc. (NASDAQ/AAPL) is another big winner if it can expand into China through a major deal with China Mobile Limited (NYSE/CHL).

This article Why China's Reforms Could Mean Big Business for U.S. Investors was originally published at Investment Contrarians