Social media is a vital tool for campaigning politicians – more so now than ever. When it comes to securing the youth vote, it is essential.

Will the youth vote swing the election?

This election is set to see a much larger number of youth votes than previous recent elections. A new poll has said that this election we will see 63% or more young people turning out to vote, a far larger figure than that of 2015. In fact, a quarter of a million young people actually registered to vote on deadline day.

We asked Gina Miller, the voice of young people in this election, why social media is more vital in this power battle than ever before.

"It all comes down to trust," Miller told Compelo. "That is one of the main messages I am getting from young people. I have spoken to millions of young people on social media, which is where most of them get their news and form their opinions from, and two main themes keep coming up again and again. One is that young people are asking – why vote at all because I don't trust any of them? The second is – why vote because we are not going to make any difference? Labour are capturing this younger audience a lot better than the other parties, so it will be interesting to see if this swings the vote."

Those over 24 are also highly active on social media. A huge 64% of adults now use social media regularly.

Are Jeremy Corbyn and Theresa May overlooking social media in this battle? Our data is more revealing than you might think.

These are the most influential politicians in the country online today 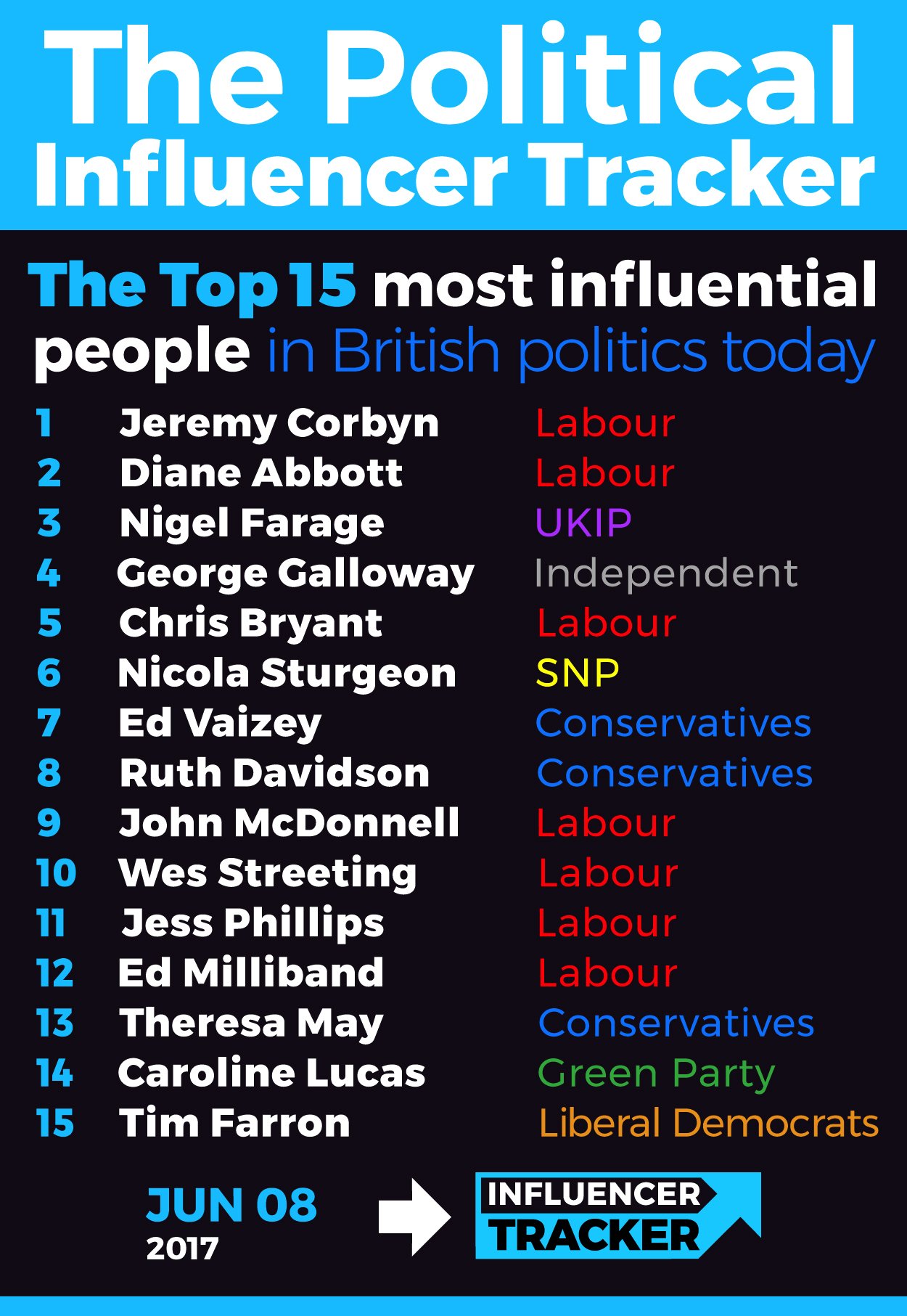