Why don't we protect ourselves?

It is reported that a man draped himself in the flag of the Islamic State and paraded around London on Saturday, with a young girl sat on his shoulders waving a smaller version of that emblem of terrorism.

His walk took him past some scouts outside the houses of parliament with the anniversary of the 7/7 atrocities scant days away.

To make matters worse the police supposedly stopped him but let him go on his way as his actions were within the Public Order Act 1986.

But when you check out the list of proscribed terrorist organisations [1] you find that ISIS/ISIL or whatever you want to call it has a rather large entry all of its own. And that list also handily contains a list of 'Proscription Offences':

Proscription makes it a criminal offence to: 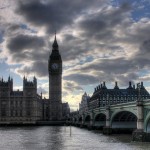 • belong, or profess to belong, to a proscribed organisation in the UK or overseas (section  11 of the Act);

• invite support for a proscribed organisation (and the support is not, or is not restricted to the provision of money or other property) (section 12(1));

• wear clothing or carry or display articles in public in such a way or in such circumstances as arouse reasonable suspicion that an individual is a member or supporter of the proscribed organisation (section 13).

So why wasn't this person detained and charged under the Terrorism Act 2000 s.13, which states:

(a) wears an item of clothing, or

(b) wears, carries or displays an article,

in such a way or in such circumstances as to arouse reasonable suspicion that he is a member or supporter of a proscribed organisation.

(2) A constable in Scotland may arrest a person without a warrant if he has reasonable grounds to suspect that the person is guilty of an offence under this section.

(a) imprisonment for a term not exceeding six months,

(b) a fine not exceeding level 5 on the standard scale, or

It really does beg the question as to why the people of the UK are not being protected by the laws put in place to prevent the support of past and future acts of brutality, doesn't it? Why bother having lawmakers and laws if we will not use them to protect ourselves?

Britain, a nation divided and conquered