Why Google Is Still a Bargain at a Grand a Share

In spite of its $1,000-plus share price, there’s a reason why Google Inc. (NASDAQ/GOOG) is a buying opportunity.

Now one of the most valuable companies in the world, Google did not start trading until 2004 and in less than a decade, the upstart Internet services company has a market cap bigger than that of General Electric Company (NYSE/GE), which was formed in 1892 and has been trading since 1962.

In the technology area, Google has become a heavyweight and long-term buying opportunity.

he company essentially pummeled Yahoo! Inc. (NASDAQ/YHOO) after offering up the idea of display advertising via its own network of ad solutions. Yahoo! didn’t jump on this concept, and look where it is now, with a market cap nearly ten-times smaller than Google’s.

Now Google is spreading its wings to hardware, or more specifically, the mobile market, with its “Android” operating system. I see a buying opportunity here.

The demand for Android-powered smartphones has grown to the point that these devices are a dominant player in the global economy.

Through its acquisition of Motorola, Google is working hard to capture global market share with the pending introduction of a cheaper smartphone that still offers power and functionality. The company will offer to the world its “Moto G” smartphone, which will come with eight gigabytes of memory. The estimated cost is $179.00 with no contract. The 16-gigabyte version is $199.00.

Clearly, Google is less worried about margins at this point, and is more focused on expanding its market share in not only the U.S. market, but also the emerging markets worldwide, which are a boon for low-cost smartphones. Success here would indicate a possible buying opportunity in Google.

Conversely, Apple, Inc. (NASDAQ/AAPL) is more concerned with its margins, after debuting its “low-cost” plastic-bodied version of its “iPhone,” the 16-gigabyte “iPhone 5C,” for a starting price of $99.00 with a two-year contract. Without a contract, the standard 16-gigabyte version costs about $549.00, and the 32-gigabyte version is priced at $649.00. 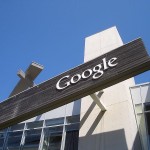 So logic tells us that the lower-priced phone offered by Google may end in greater sales in the emerging markets versus the iPhone; however, Apple continues to be tops in the U.S., so it will not be so easy for Google to break into the American market. However, until Apple cuts the price of its phones (or at least the 5C), I do not see a buying opportunity at this point.

For Google, the key will be the emerging markets, with their billions of price-conscious users who are in the market for a cheaper phone without a contract. Of course, Google will likely take a loss on each phone it sells, but it will gain market share, which is really what it’s about at this stage, especially in the case of Google as it plays catch-up in this marketplace. I see a potential buying opportunity in Google in both the Internet and mobile phone spaces.

The scenario with Google is interesting—but it’s a possible buying opportunity that investors need to watch. If Google can get a foothold in the emerging markets, I would seriously look at the stock as a buying opportunity.

European banks are under pressure