The President told us all the good stuff about the U.S. economy, like how American corporate profits are at a record high, how the stock market is at record highs, how millions of new jobs have been created since the Credit Crisis of 2008, how the housing market is turning around, and on and on.

Like a good old politician, Obama spun the facts to give the viewer the impression his Administration has done a great job at turning the U.S. economy around.

What Obama, who now has a very low 43% job approval rating (Source: CNN Breaking News alert, January 28, 2014.), didn’t say about the U.S. economy—and which no other politician likely would—is that:

None of his 2013 State of the Union “priorities” made it through Congress.

American corporations ended 2013 with the slowest earnings growth rate since 2009.

The stock market has become a Federal Reserve-induced bubble.

The majority of jobs created in the U.S. economy since the Credit Crisis have been in the low-paying sectors of the retail and service (restaurant) sectors.

A record 47.41 million Americans, or 23.05 million households, in the U.S. economy are using some form of food stamps (Source: United States Department of Agriculture, January 10, 2014.) 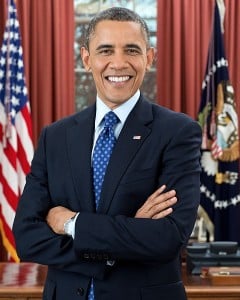 Midway through the speech, I nodded off. I guess I was tired of the same old stuff you hear in these types of speeches.

But this morning I woke to read this story on Bloomberg…

“Obama said he would begin a retirement-savings program for Americans without access to 401(k) savings plans at work. Under the initiative, workers would be allowed to regularly deduct a portion of their pay for deposit into a Treasury account invested in U.S. bonds that would be treated for tax purposes as an Individual Retirement Account.”

Hold on a minute! Didn’t we predict Obama would come up with a plan for retirement accounts to invest in U.S. Treasuries last year? (See the prediction here in “The Only Place Left Where the Government Can’t Get Your Money.”)

And how convenient for the Federal Reserve! As the Fed pulls back on its money printing, and the Chinese and Japanese are not as interested in buying our U.S. Treasuries as they used to be, I often wonder who would buy all those trillions in U.S. bonds the government needs to float to pay its obligations to keep the U.S. economy moving.

What a great idea! Get retirees to buy U.S. Treasuries. Or should I say, how predictable.

This article Why I Fell Asleep Last Night During the State of the Union Address was originally posted at Profit Confidential.