Why I Won’t Be Surprised If the Global Economy Caves

The global economy looks to be in trouble, as there may be an economic contraction on the horizon. If all the pieces of the puzzle fall into place, companies on key stock indices might face issues in delivering corporate earnings.

The eurozone, one of the biggest economic hubs in the global economy, remains under severe scrutiny. In the third quarter, the gross domestic product (GDP) growth rate for the common currency region declined to 0.1%, while in the second quarter, the GDP growth rate was 0.3%. (Source: “Second estimate for the third quarter of 2013,” Eurostat web site, December 4, 2013.)

The troubled countries in the eurozone, including Greece, Spain, and Portugal, are stuck in depression-like conditions, but major countries in the region also face economic pressures. For example, Germany’s third-quarter GDP growth rate came in at 0.3% compared to the second quarter, which saw 0.7% GDP growth from the previous quarter. (Source: Ibid.) 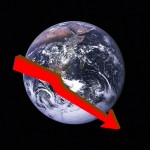 Australia, another major economic hub in the global economy, is facing headwinds as well. In the third quarter, the Australian economy grew by only 0.6% from the previous quarter. The annual GDP growth rate of Australia registered at 2.3%. In the second quarter, the Australian economy grew 0.7% and the annual growth rate was 2.4%. (Source: Kewk, G., “Australia’s economic growth falling short,” The Sydney Morning Herald web site, December 4, 2013.)

Japan, the third-biggest economy in the world, continues to suffer despite the unprecedented measures taken by the government and central bank of that country to fight the economic slowdown and spur growth. Japan’s GDP growth rate was 0.9% in the second quarter and 0.5% in the third. (Source: Kajimoto, T. and White, S., “Japan third quarter GDP slows, consumption expected to pick up again,” Reuters web site, November 4, 2013.)

Why should the global economy matter to investors?

Many people tend to forget that companies that trade on key stock indices heavily rely on the global economy, so any fluctuation in global demand will affect them. Investors can profit form this situation by looking at an exchange-traded fund (ETF) like the ProShares Short MSCI EAFE (NYSEArca/EFZ). This ETF essentially lets investors profit as global stocks decline in value.

This article Why I Won’t Be Surprised If the Global Economy Caves by Mohammad Zulfiqar, BA was originally published at Daily Gains Letter

Inclusive capitalism: creating a sense of the systemic – Speech by Mark Carney