Why I Wouldn’t Give Up on This Stock Market Yet

Another day and another 300-point decline in the Dow Jones Industrial Average—that seems to be the norm right now. But despite my assurances that things will inevitably get better, I continue to see extreme nervousness out there.

Now it’s probably time for more hand-holding as we move along during this mini crisis in the markets.

Look, the world is going to blow apart. We are simply hoping through a stock market correction that should have occurred in 2013 but didn’t, largely due to the Federal Reserve’s easy money policy. That’s coming to an end as the tapering continues, but so what?

Based on the morning trading activity on Tuesday, the stock market, while edging higher, wasn’t exactly showing that it was firmly behind the buying; hence, it will likely be prone to more downside moves. My thinking is that we could receive another five-percent hit and then slowly rally.

The concern is that we could see more selling capitulation emerging on higher volume, so investors should be very careful.

The failure of the Dow to hold at its 200-day moving average (MA) is concerning.

Small-cap stocks were down nearly 10% at the close of Monday, nearing what would be an official stock market correction. Just watch how the Russell 2000 behaves going forward, focusing on whether it can hold and rally from here.

My assessment is that the stock market could likely move lower prior to staging a rally. 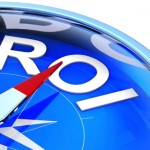 Of course, the release of a softer-than-expected ISM Index hurt and suggested the economy may not be as strong as the gross domestic product (GDP) growth would indicate.

The thing is that you need to think long-term and not get so caught up in the daily workings of the stock market. It’s reasonable to think the stock market will go lower, but that would be a buying opportunity. For instance, buying after each stock market adjustment or blow-out (think 1987, 2000, and 2008) would have resulted in strong gains thereafter. There’s nothing to indicate that things will be different this time around.

Recall the fable pitting the speedy hare against the slow tortoise? Slow and steady wins the race, right? Well, this applies to the stock market as well. Think longer-term and view the chaos as a potential buying opportunity in the stock market.

Seth Masters, the chief investment officer who’s running about $450 billion in assets at Bernstein Global Wealth Management, is advising investors hold onto stocks and buy on weakness. (Source: Lewitinn, L., “450 billion fund manager: Why I’m buying this dip,” Yahoo! Finance, February 4, 2014.) And could you imagine Warren Buffett heading for the exits every time there were issues in the stock market? Take a page from their books.

All I’m saying is that investors need to be steadfast and look at the current weakness in the stock market as an opportunity. That’s the key to a successful investment strategy in this market.

This article Why I Wouldn’t Give Up on This Stock Market Yet was originally published at Daily Gains Letter.