Why I’m Not Running for the Market Exits Just Yet…

I received calls last Friday morning asking what was going on with the stock market and was it the foreshadowing of a sell-off Armageddon. Of course, my immediate response was, “What’s the big deal?” After the staggering advance in 2013, a sense of entitlement was expected in the stock market that the easy gains would continue to come in 2014.

Recall what I wrote at the beginning of the year in my annual assessment, when I said the easy money to be made in the stock market was a thing of the past. (Read “Where the Gains Will Be in 2014.”)

Yes, it’s not going to be as simple as a money printing machine this year. The Dow Jones Industrial Average lost 175 points last Thursday and was down another 185 points by midday on Friday. Down in five of six sessions, the index recorded its worst week since June 2012. 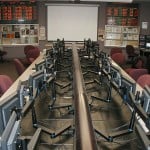 We have seen five-percent adjustments over the last few years, and in each case, the stock market subsequently rallied to new record highs.

The reality is that the stock market failed to get a major catalyst to bid stocks higher. Some believed the fourth-quarter earnings season would surprise to the upside and as such was sufficient reason for investors to buy. That has not been the case, as earnings results have been sluggish and key revenue growth continues to be moot. While there are still more than 400 S&P 500 companies yet to report, the early signs don’t give me much confidence.

Then we have the selling in the emerging markets and weakening currencies due to the fear of more tapering from the Federal Reserve. We also saw a contraction in the key HSBC Manufacturing Purchasing Managers Index (PMI) for China that shows a manufacturing sector in contraction.

There is clearly some chaos emerging in the stock market, but instead of panicking and running for the exits, I suggest some calm; I view additional weakness as a buying opportunity.

Look at the chart below of the percentage of S&P 500 stocks trading above their 200-day moving averages (MAs). At this point, the number stands at 77.6% and at a trough. The previous time the reading was below 77% was in mid-December, as shown on the following chart, and this was aptly followed by a rally in the S&P 500. The same occurred in late August and early October 2013, when the reading fell and a trough surfaced on the chart. In each case, we saw a subsequent rally in the S&P 500.

Now I’m not saying the same will happen again as the selling continues, but the chart does support a potential rally to come, so make sure you have some cash available to buy on further weakness.

This article Why I’m Not Running for the Market Exits Just Yet… was originally posted at Profit Confidential.